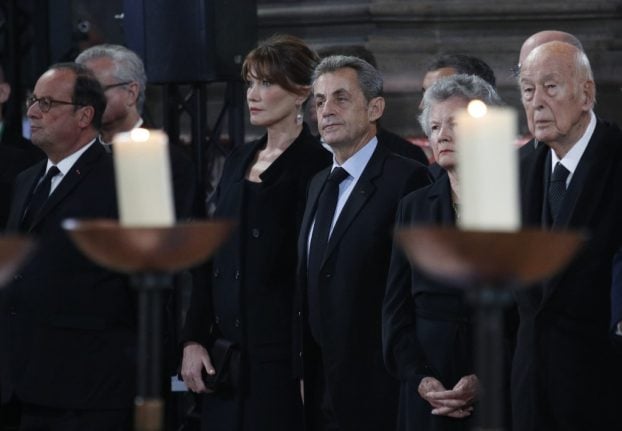 The pair were filmed talking at the funeral of former French president Jacques Chirac on Monday, with her shocked reaction to his comments giving rise to a great deal of amused speculation online.

Bruni – the wife of another former president Nicolas Sarkozy – seems to react with a double take to what Hollande tells her, before her mouth falls open in surprise.

There was a great deal of speculation – some of it rude – on what the unlikely ladies' man Hollande could have been saying to the Italian former model and singer.

But now Hollande has broken his silence to reveal the real comment – and scold the French people for their dirty minds.

He told French TV channel France 5: “What surprised me is that internet users have a lot of imagination, and humour.”

It seems that their conversation had a more sober tone – Bruni asked whether Chirac's widow Bernadette would be attending and Hollande told her that she was too ill to be at the funeral.

He said: “She asked me the question that many had in mind: why isn't Bernadette Chirac there, at the ceremony, in the church?

“And I confirmed to her that her state of health did not allow her to be there, that it was very difficult for her, which undoubtedly sparked this very human and sincere reaction.”

He rebuked: “I was a little surprised that we remembered these images. It even hurts me – we weren't at the church to ask questions about conversations.”