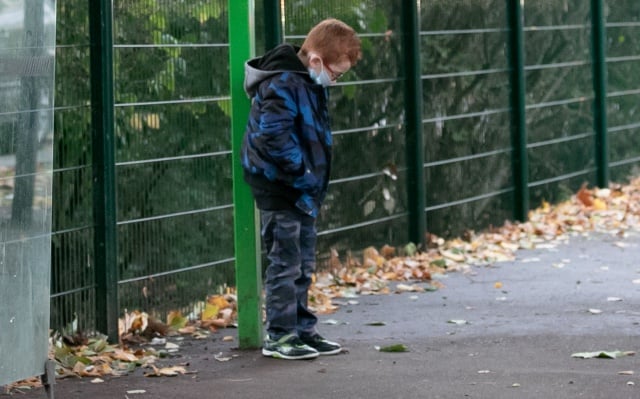 French PM Edouard Philippe visited Rouen on Monday to try to calm fears among residents who have continued to suffer from sickness and vomiting in the days after the massive blaze and the Lubrizol chemical plant.

Residents, particularly those on the right bank of the Seine who live in the path of the black cloud of smoke that covered much of the city after Thursday's blaze, complain of the horrible stench in the air that causes vomiting.

Several schools have closed due to staff and pupils feeling unwell and Rouen's concert hall, the conservatoire, has also been closed due to “nausea and vomiting”.

Residents are due to stage a protest this week to demand to know the truth about the extent of the pollution from the fire and the possible harmful impact on their health. PM Philippe insisted that he understood the worries of locals and vowed to reveal the truth about the possible consequences of the blaze.

“The stench we can smell is indeed very troubling and hard to bear and it can cause a number of reactions but it is not harmful,” said Philippe.

Those words will likely fail to calm the anger among the 100 or so protesters who gathered near the city council's headquarters chanting “we want the truth”.

The local authority has also tried to calm suggestions that the city's drinking water is dangerously polluted after severvideos emerged on Twitter showing black water coming out a tap at a home in the city.

“No trace has been found in the water,” read the statement while environment minister insisted the tanks had been checked.

“Indeed, there is a very disturbing smell but no health problem,” said Elisabeth Borne. “We will take maximum precautions.”

On Monday police union Alternative Police said that several officers who had been at the scene had since been signed off sick with symptoms including dizziness, nausea and vomiting.

France's health minister Agnes Buzyn had a slightly different view, saying on Friday that “the city is clearly polluted” adding that “I cannot guarantee that there is no danger. There are of course traces of hydrocarbons.”

On Monday authorities banned the harvesting of crops and sale of produce of animal origin from the region, as a precautionary measure.

It also emerged on Monday that the owners of the plant Lubrizol had filed an official complaint with police, believing that the fire that provoked the massive explosion was started outside the factory.

Are you in Rouen? Have you been affected by the aftermath of the chemical plant fire. Please email us at [email protected]