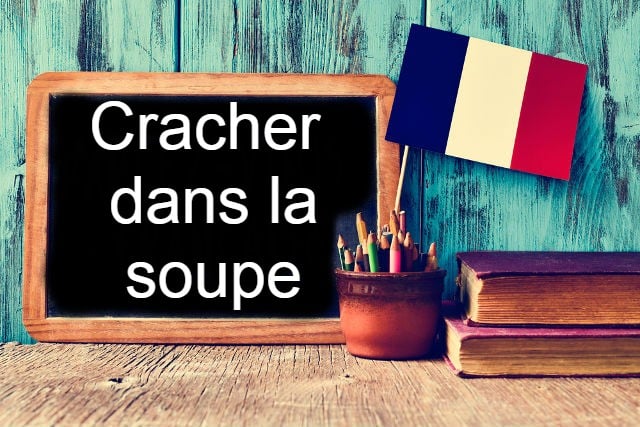 Why do I need to know cracher dans la soupe?

Next time you hear a French person mentioning cracher dans la soupe, don't feel the need to take their word at face value and comply.

Cracher dans la soupe literally means to spit in the soup, and obviously has a strong negative connotation. It's the French version of 'to bite the hand that feeds you'.

Soups were once the staple diet, along with bread, for the poorer folk so the idea of spitting in what helped you and everyone else live was simply inconceivable. The expression is used to refer to someone ungrateful, who despises something he gains from and takes advantage of it.

– I understand, but you should not bite the hand that feeds you.

If you want to learn a few more everyday French saying, check out our list here – Fat mornings and whipping cats: 10 idioms to sound more French

For more words and phrases to spice up your conversation, check out our French Word of the Day section.