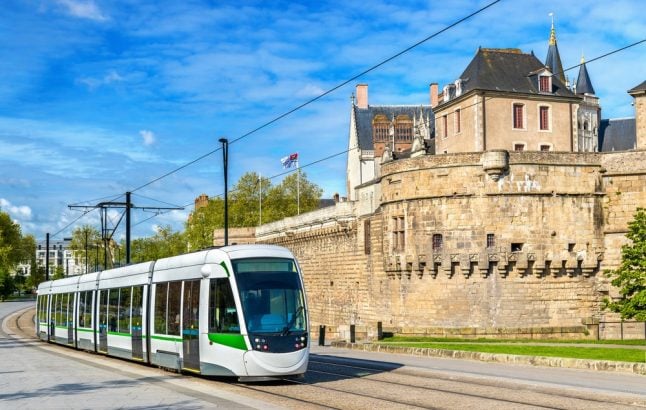 Nantes is easy to get around. Photo Deposit Photos

Nantes, the capital of France’s Loire-Atlantique department, is a city with a long history as a port and industrial hub.

In recent years however it’s emerged as a centre for “dynamism and innovation” in all manner of tech and R+D industries, a city that perfectly encapsulates the “startup” nation that president Emmanuel Macron is trying to rebrand France into.

This only begins to explain why the European Comission has decided to name Nantes “Europe’s Capital of Innovation” for 2019, heading off stiff opposition from cities such as Antwerp (Belgium), Bristol (UK), Espoo (Finland), Glasgow (UK) and Rotterdam (Netherlands).

“Nantes stands out as a great example of how a city can engage its citizens in addressing challenges such as energy efficiency, ageing population, digital transformation, and social inclusion,” Carlos Moedas, Commissioner for Research, Science and Innovation, said about the award-winning French city.

“This is how innovation works for the benefit of citizens.”

Along with the award, Nantes mayor Johanna Rolland was handed a €1 million prize for her city by EU innovation programme Horizon 2020.

So does Nantes deserve the accolade?

In 2016 The Local France’s readers ranked Nantes the second best city to work in France after Rennes. In 2018, French magazine L’Express ran a similar study, this time the coastal city came in first.

FIND OUT MORE: Why the best place to work in France right now is Nantes According to Horizons 2020 “Nantes approaches innovation by putting its residents at the centre of designing new projects and policies for the city. Businesses, experts and ordinary people come together at citizen dialogues and ‘Great Debates’ to discuss and develop new initiatives.”

For mayor Rolland, it’s this grassroots approach that's “made the difference” for the judges.

Around 53,000 people were involved in defining Nantes’ vision for an energy transition, making use of 100 percent of local renewable resources as part of entirely citizen-led campaign.

The transition even saw 600 residents investing €120,000 to run a renewable energy power plant called MIN à Watt, which is composed of 3,000-metres of solar panels on the rooftop of a fresh produce market in the city.

There’s also the Nantes City Lab, which helps to test out new projects by treating the city as a playground for innovation and experimentation.

Sixteen projects have so far been tested, including an autonomous shuttle bus that runs on a photovoltaic road and can interact with normal traffic.