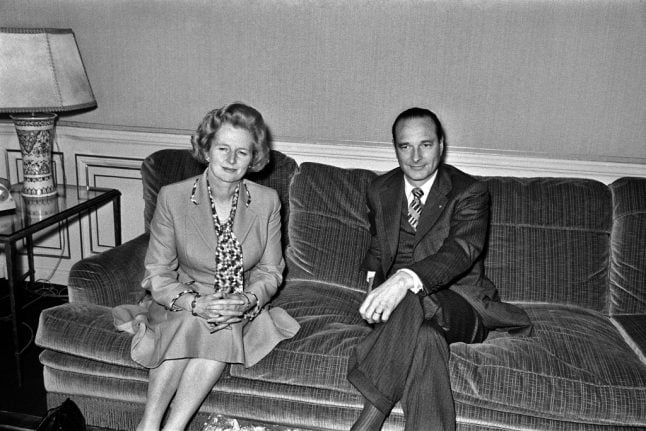 The ex president, whose death was announced by his family on Thursday, spent 12 years in power and racked up numerous memorable quotes in that time.

On British food – Perhaps Jacques Chirac's most famous quotes in the UK were the ones about the British cuisine.

During the 2005 celebrations of the 750th anniversary of the founding of the Russian enclave of Kaliningrad, Jacques Chirac took advantage of Blair's absence to make fun of British cuisine, to the greatest pleasure of Vladimir Putin and Germany's then-Chancellor Gerhard Schroeder.

“You can't trust people who cook as badly as that. After Finland, it's the country with the worst food,” he was alleged to have said in comments that were never denied by his press people.

Chirac apparently added that “The only thing the British have ever done for European agriculture is mad cow disease.”

According to the BBC Mr Chirac is also reported to have reminisced about an occasion when former Nato secretary general Lord George Robertson – who is Scottish – had made him try a local dish.

“That is where our difficulties with Nato originally come from,” he had joked.

if you've never seen this before – at the '98 world cup Chirac was filmed trying to shout the names of all the football players while not actually knowing their names, it's extremely good: https://t.co/frAOmqfeF7

On French food – However his passion for French food is infinite. In an interview with a motoring magazine he once declared:

“I much prefer bread, paté and saucisson to speed limits.”

On Margaret Thatcher – Tired of hearing former British PM's Margaret Thatcher's requests for more help from the EU at a 1988 summit in Brussels, and thinking that his microphone had been switched off, Chirac blurted to the then French President François Mitterrand:

“What more does this housewife want from me? My balls on a plate?”

The insult was heavily covered by the Sun newspaper and Chirac reluctantly issued an apology.

On the Queen's horses (although not confirmed):

Roselyne Bachelot, who was Minister for Ecology under Chirac's presidency, recounted a story about one of his visits to the Queen. Settled inside the carriage, the Queen apologised for one of the horse's flatulence. Chirac apparently joked: “It's alright I thought it was the horse!” At least that's  the story that Bachelot told.

To Tony Blair, on staying in government:

When reminiscing about the many years he had spent in politics, including his two presidential mandates, he revealed to Tony Blair:

“When I was elected, I was 32, and I joined the government right away. Then I just stayed forever. Governments changed, but I stayed, along with the furniture.”

On nearly being assassinated:

“Oh really” that's what Chirac said after being told a deranged individual had tried to shoot at him during a Bastille Day parade in 2002.

On relations with the US:

“The relations between France and the United States have been, are, and will always be conflictive and excellent. It is the nature of things … The US find France unbearably pretentious. And we find the US unbearably hegemonic. There will always be sparks, but not fire.”

On the war in Iraq:

A strong objector to the war in Iraq, Chirac refused to join Britain and US forces in declaring war on the country in 2003. A week before the invasion, he maintained his position and asserted:

… and whilst there were attempts to appease the tensions between member countries at the G8 summit that year, Chirac said: “One can go to war alone, but you can't build peace alone.”

He also rebuked the five EU countries who backed the US invasion: “These countries behaved in a way both ill-educated and reckless…. Apart from being childish, it was also dangerous.”

“I was never averse to women. But I never overdid it either,” said the president who was known for having an extramarital affair or two.

With the news of the death of #PresidentChirac this is as good a time as any to dig out my favourite clip of him being caught out by the formidable Madame C doing what the old rogue always did best:https://t.co/wL7nfetjvw

Outburst on a trip to Israel:

Angered by heavy-handed Israel security on a trip to Jerusalem in 1996 Chirac, threatened to cut short his visit shouted at an Israeli police chief during a walk in Jerusalem's Old City.

“This is not method, it's provocation,” yelled a clearly agitated Chirac.

“What, do you want me to go back on my plane and go back to France? Is that what you want?”

In Iran's nuclear bomb capabilities: – In an interview Jacques Chirac claimed that if Iran did have nuclear weapons it “wouldn't be a real danger»”He insisted that if Iran did try to bomb Israel: “It wouldn't have gone off 200 metres into the atmosphere before Tehran would be razed to the ground»

Upon realising that his opinion wasn't in line with France's official position, he invited the journalists back to correct his statement but failed to avoid the scandal which escalated in US press.

On the National Front:

“I have always been allergic to the National Front. It's something almost physical, I can't stand anything to do with racism and xenophobia.”

On immigration – Despite his revulsion at the Front National, France's far-right party, Chirac didn't hold back his thoughts when revamping the laws on immigration.

“Having Spaniards, Poles and Portuguese people working here creates fewer problems than having Muslims and blacks.

“How do you want a French worker who works with his wife and earn together about 15,000 Francs, who sees next to his council house a piled-up family with a father, with three or four wives, and twenty children earning 50,000 Francs from benefits without working… If you add to that the noise and the smell, well the French worker, he goes crazy…

“And it is not being racist to say this, but we no longer have the means of honouring the family regrouping. We need to finally start the essential debate as to whether it is normal that foreigners should profit to the same extent as French people from a national solidarity to which they don't participate as they don't pay any taxes.”

Promises – At least he warned France about the sincerity of some of his words:

“Promises only concern those who believe them»

Swimming in the Seine

“In three years it will be possible to swim in the Seine again, and I'll be the first in.”

And finally on Sumo wrestling:

“Maybe if I'd started young, I could have been a sumo wrestler. I was tall enough, and as for weight, well you can put that on with time…” 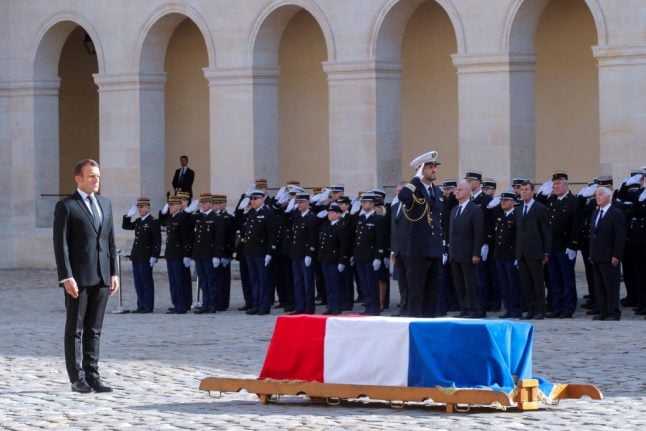 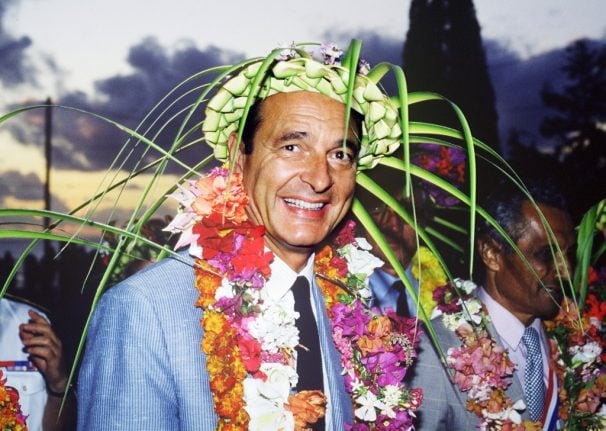 President Vladimir Putin of Russia and former US leader Bill Clinton were among the mourners at the Saint-Sulpice church in central Paris as France held a national day of mourning for its president who served from 1995-2007.

Chirac's coffin, draped in a French flag, was carried into the church by his former bodyguards while onlookers applauded outside.

Chirac's widow Bernadette, who is said to be in frail health, attended a private service earlier but was not present at the main ceremony.

Chirac's immediate successors, Nicolas Sarkozy and Francois Hollande, were both present, as, in a rare public appearance, was the third president of France's modern Fifth Republic, Valery Giscard d'Estaing, 93.

Far-right leader Marine Le Pen, whose father and former far-right chief Jean-Marie Le Pen was an arch-foe of Chirac, opted in the end not to attend after Chirac's family made known she would not be welcome. Members of the public are gathered outside of the Saint-Sulpice church in Paris during the church service for former French President Jacques Chirac. French President Emmanuel Macron stands in front of the coffin 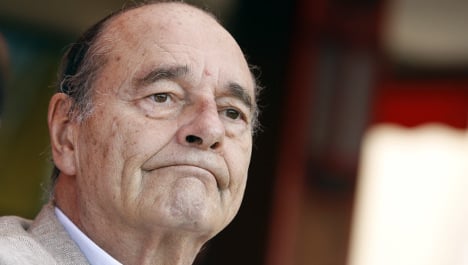