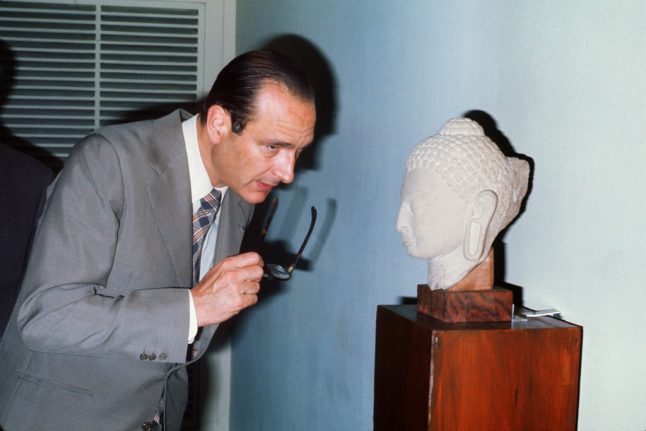 Would you like to receive a daily digest of all the news and events from France? Head to the blue 'newsletter options' button at the top right of the page and find out more.

There was a rude awakening this morning for people living near Rouen after a series of massive explosions hit a chemical plant in the town.

Thick black smoke from the factory – which was categorised as high risk because of the toxic chemicals it produces – could be seen for miles away as local authorities closed all schools in the area and advised locals to stay indoors. Firefighters say the blaze is likely to burn for days or even weeks before they can extinguish it.

Tributes have been pouring in from around the globe for former French president Jacques Chirac, who has died at the age of 86.

As well as being a respected statesman who served 12 years as president, he was also known for having quite a colourful turn of phrase – especially in the presence of a microphone that he believed to be switched off, which seemed to happen to him quite a lot.

We have a selection of his views on British food (not a fan, it's fair to say) his relationship with America and what Margaret Thatcher wanted to do with his testicles. Chirac was also quite the showman, as well as being possessed of rather matinee idol good looks in his youth. For more images from his life, click here.

Lovely picture of Jacques Chirac from the days when he was campaigning for the French Communist Party, selling copies of l'Humanité, and smoking rollies. What a wonderful human being. RIP Jacques. pic.twitter.com/4JmxKIrx0O

The 30th edition of a very British film festival in the French town of Dinard is underway – but what lies in store for this venerable event after Brexit?

And a new exhibition has opened in Paris, honoring the life of this glamorous pair who are little remembered these days, but were very much the 'golden couple' of both Paris and their native India back in the 1920s and 30s.

For people who are thinking of buying a second home – or who have already made the purchase – we've got a guide to everyone's favourite subject – tax. OK it's not the best conversation starter, but it's better to know now than get hit with a surprise tax bill. The drought and heatwaves that struck France this summer could become regular occurrences, according to a rather alarming new report on the risks of climate change, which also predicts widespread coastal flooding, wildfires, desertification and tropical diseases carried by mosquitoes.

And our French Word of the Day is a nice little phrase for describing your mood.

PS We normally email out the daily newsletters but have been having some technical issues over the last couple of days, hence its appearance on the site. Apologies to people missing their daily email, we hope to get the system fixed very soon.