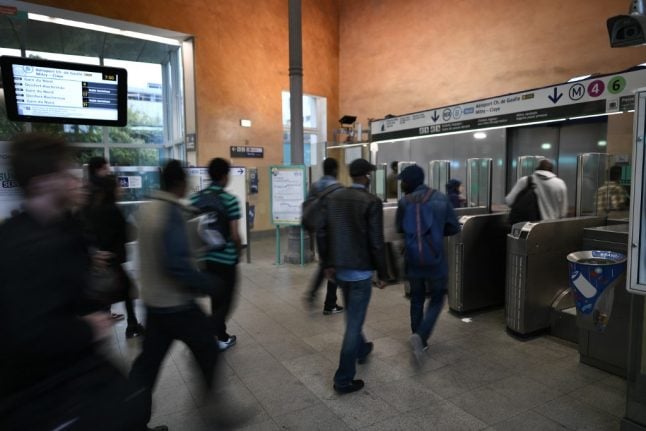 If you have used the Metro in Paris you will know how long queues to buy tickets or update your monthly Navigo pass can be.

Authorities in the greater Paris region of Ile-de-France plan on making these long waits disappear once and for all, starting from Wednesday, when for the first time passengers will be able to use their mobile phones to buy tickets and pass through the barriers.

''We are taking a step forward,'' declared Valérie Pécresse, president of Ile-de-France Mobilités, the authority that manages public transport in Paris and the surrounding suburbs.

''Soon enough, waiting in line to recharge your Navigo pass or buy tickets will only be a bad memory,” she said  adding that paper Metro tickets will soon disappear to help “facilitate the daily life of travellers”.

From this Wednesday on, commuters can buy and validate tickets, monthly Navigo subscriptions, as well as OrlyBus and RoissyBus tickets to go to Paris's two airports via the dedicated smartphone application, ViaNavigo. The app is also available in English.

Once in the bus or Metro station, you will only have to place your smartphone on the machine validating tickets to pass the barriers and access platforms.

This technology will even work on flat battery, as shortwaves will still be detected.

For traditionalists who don't want to go paperless and prefer to keep their physical Navigo pass, the ViaNavigo app also allows you to recharge it through your smartphone.

Just like the machines in Metro stations, once your subscription is paid, you will only have to place your pass on your phone to recharge it for your next week or month of commuting.

But before you get excited not all mobile phone users can make the most of the new technology.

The new service is only available to recent Samsung phone owners, or Orange and Sosh subscribers, which makes up around 3 of the 4.5 million daily Metro users.

READ ALSO: Ten things to know about Paris Metro tickets before they go Samsung users will be able to use the new app regardless of their providers, given their phone is recent enough to be compatible with the technology.

Orange and Sosh subscribers will have to own a SIM card equipped with NFC technology – Near Field Communication.

Apple refused to take part in the project for now, so iPhone users will have to grin and bear it for a while.

The Ile-de-France region aims at changing to a completely paperless system by summer 2020.

valider – to validate/swipe or scan a ticket