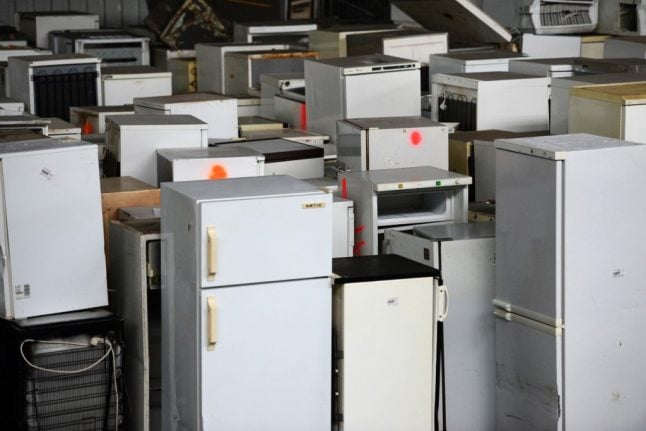 France's parliament will from Tuesday debate legislation seeking to move the country closer to its ambition of a low-waste future, forcing electronics firms to use second-hand materials and cutting down on plastic refuse.

France, with its population of nearly 70 million, is a voracious consumer of natural resources, producing five tonnes of waste per person per year, according to the environment ministry.

The French Senate will begin three days of discussion on the bill before it is handed to the lower house of parliament, the National Assembly, where President Emmanuel Macron's government has a large majority.

The legislation would compel computer and cellphone repair shops to use second-hand materials, and oblige industries — including manufacturers of toys, building materials, cigarettes and cleaning products — to manage the waste these products generate as well as their packaging.

The French use about 47,000 tonnes of discardable cleaning wipes every year, and destroy some €650 million worth of unsold, non-food products.

The law would also compel manufacturers to provide consumers, beginning in 2021, with information on how their newly-purchased product can be repaired.

In a report last year titled “Roadmap for the Circular Economy”, the French government outlined plans to halve the amount of non-hazardous waste sent to landfills by 2025.

“The situation is clear: France has a long way to go… In 2014, the rate of recovery of household and similar waste was 39 percent — much lower than our German (65 percent) or Belgian (50 percent) neighbours,” the report said.

“The rest, half of which is organic waste, is therefore incinerated or landfilled, which leads to local environmental pollution and energy waste that is incompatible with our climate objectives” of reducing greenhouse gas emissions from burning oil and coal.

Only about a fifth of plastic was recycled, said the report — lower than the European Union average of 30 percent or Scandinavian countries with more than 90 percent.

The French use about 47,000 tonnes of discardable cleaning wipes every year, and destroy some 650 million euros ($714 million) worth of unsold, non-food products.

The government has pitched the bill as crucial to the drive to create a so-called “circular economy” in which used products are fixed, reused, or recycled.

But not all are convinced.

“Sure, there are positive measures… but nothing to address the upstream, to avoid the generation of waste nor the overuse of packaging,” said centrist senator Herve Maurey.

The research foundation Tara Ocean, in an open letter signed by numerous scientists, said the only way to turn the tide on plastic was to introduce a bottle return scheme.

Green parties surged across Europe in European elections in June, not least in France where the EELV party came third with 13.5 percent of the vote. Activists of French NGOs 'Les Amis de la Terre' (Friends of the Earth) and ANV Cop21 dump trashed appliances in front of the French headquarters of US online retailer Amazon on November 23, 2018 in Clichy. AFP

In January, France's junior environment minister Brune Poirson promised a law to tackle waste after a television documentary showed Amazon destroying millions of products that had been returned by consumers.

British fashion firm Burberry also caused a furore last year by acknowledging it had burned unsold clothes, accessories and perfume worth £28.6 million (23 million euros or $35.5 million) annually to prevent them
being sold off cheaply.

Macron has sought to portray himself as a friend of the Green movement, especially in the fight against climate change.

But his image was tarnished when prominent campaigner Nicolas Hulot, who Macron named as environment minister, spectacularly quit the government last August, saying his cabinet colleagues were doing too little to tackle climate change.

The world produces more than 300 million tonnes of plastics annually, and there are at least five trillion plastic pieces floating in our oceans, scientists say.

Some 40 million tonnes of electronic waste is produced every year.