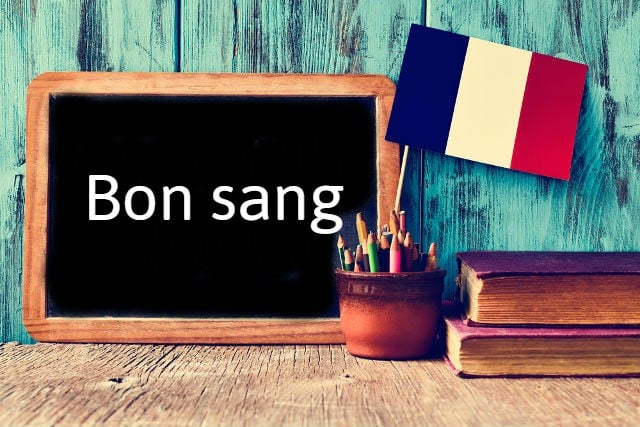 Why do I need to know bon sang?

If you find yourself in a slow-moving passport queue at Charles de Gaulle airport, when you finally arrive at the top of the queue only for the official to decide it’s time for lunch and send you to the back of the static international passport line then you should loudly exclaim bon sang!!!

Bon sang literally translates as ‘good blood’. This is an old fashioned way to exclaim something similar to ‘good grief!’, ‘good heavens!’ or ‘for heaven’s sake!’. It is often used in situations of frustration and exasperation.

What are its origins?

Originally, there was the 14th century swear word par le sang (de) Dieu (by the blood (of) God). But this was then considered blasphemous and it evolved into the politically correct distortion palsambleu.

Here are some other safe swear words to use in front of your children….

Ferme ta bouche – close your mouth, a more polite version of ferme ta gueule if someone annoys you.

Mon oeil! – my eye, if you do not believe someone’s story.