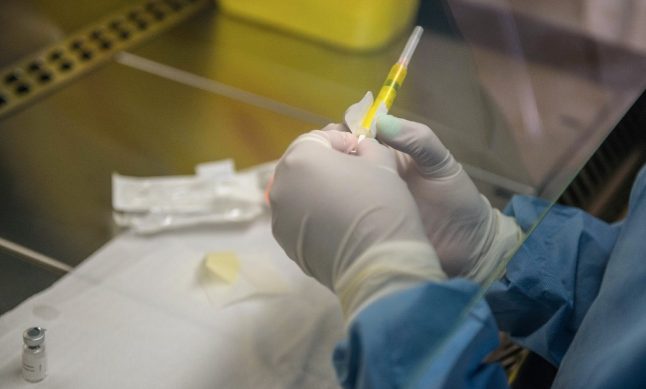 The agency urged participants of the unauthorised trial to stop using the patches immediately and to visit their doctor for a health check and a prescription of appropriate treatment.

Part of the trial was run in an abbey near the city of Poitiers in western France, using molecules of which “the quality, the effects, and the tolerability are not known,” said the ANSM, which is pursuing legal action against what it termed “these illegal practices.”

The tests were conducted by a body called the Josefa Fund, whose vice-president, medical doctor Henri Joyeux, is known in the medical community for his anti-vaccine stance.

On its website, the fund makes the unfounded claim that: “The causes and the treatment of Alzheimer's disease have finally been discovered”, and says its patch containing 400 microgrammes of valentonin and 100 microgrammes of 6-methoxy-harmalan “should improve sleep and cognitive skills if it is not too late.”

It makes similar claims for Parkinson's disease, an array of sleep disorders, depression and “psychotic states”.

The site describes valentonin as “the night and sleep hormone” and 6-methoxy-harmalan as” the daytime, wakefulness and consciousness hormone.”

In a statement, the ANSM said the two molecules were closely related to melatonin, a hormone that can be prescribed to aid sleep but is not recommended for certain groups of people due to possible side-effects.

“A risk to the health of the trial participants cannot be excluded,” it added.

The agency learnt about the trial thanks to an inspection carried out this month at a laboratory where blood taken from participants had been sent for analysis.

Bernard Celli, the ANSM's inspection director, said numerous participants were taken to the Sainte-Croix abbey, where they had blood samples taken.

Asking for donations on its website, the Josefa Fund describes itself as “a non-profit endowment fund” created to “do medical and scientific research with a view to improving the treatment of neurological disorders”.

The ANSM urged trial participants to keep their discarded skin patches to be analysed for the investigation to follow.