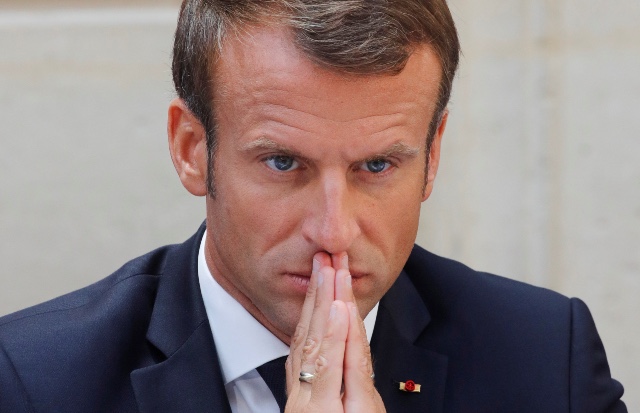 The yellow vest (gilets jaunes) protests, which often descended into violent clashes with the police, erupted last November, with demonstrators accusing Macron of being aloof and unaware of the needs of ordinary French people.

Now over two years into his five-year term, Macron is hoping in the next phase of his term to focus on his ambitious vision for reforming not just France but also the EU.

“In a certain way, the gilets jaunes were very good for me,” Macron told Time magazine in an interview for a front-page cover story. “Because it reminded me who I should be.”

He acknowledged that the protests had made him aware that he needed to be less disconnected.

“My challenge is to listen to people much better than I did at the very beginning,” he said, for the story entitled “Macron's Moment”.

“I probably provided the feeling that I wanted to reform even against people.

“Now, I think I need to take more time to explain where we are and what we want to do exactly.”

Time quoted Macron as saying he was currently in a “Death Valley” period between setting out his reforms and seeing them bearing fruit.

“The end of Death Valley is the day you have results,” he said. “Building this new France is my obsession.”

Analysts say that for now, Macron appears to have seen off the worst of the yellow vest protests, which are still taking place every weekend but on nothing like the scale of six months ago.

But he has to keep an eye on his own popularity and France's powerful unions as he seeks to implement reforms at home. The Paris metro last Friday saw its worst strike in years over a planned pension overhaul.

He has also taken an active role on the international stage, though his drives to defuse the Iran nuclear dispute and also bring peace to Ukraine could yet be derailed.