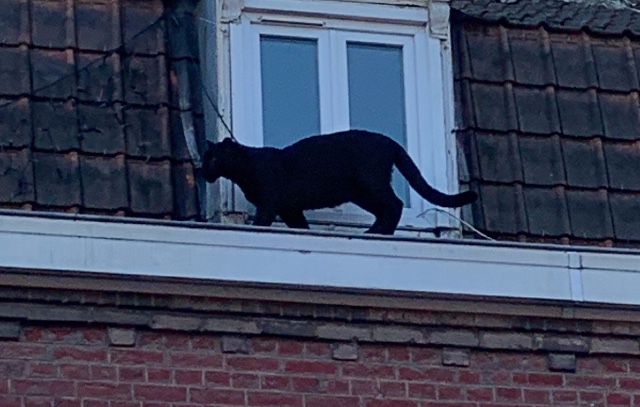 That's the question residents in the town of Armentieres in the Nord département are asking after a black panther mysteriously appeared on rooftops on Wednesday.

Firefighters, police, vets and an experts from France's national office of hunting and wildlife (ONCFS) were all called in to deal with the animal. A security cordon was set up around the area as soon as the wild cat was identified as a black panther, a species normally native to Asia and Africa.

Videos and images posted online by media and firefighters show the animal prowling along the roof top of a brick house, three stories off the ground.

“Imagine, you are sitting peacefully at home in Armentières and a black panther walks past your window,” tweeted Victor Lefranc.

“In twenty years of working, I have never seen anything like that. A snake, yes. But not a big cat like that,” one policeman told the local Voix du Nord newspaper. The animal was eventually cornered inside the building after it entered through a window, where it was anaesthetised.

The panther was eventually handed over to an animal welfare group, but confusion still surrounds how it ended up on the roof top in the first place.