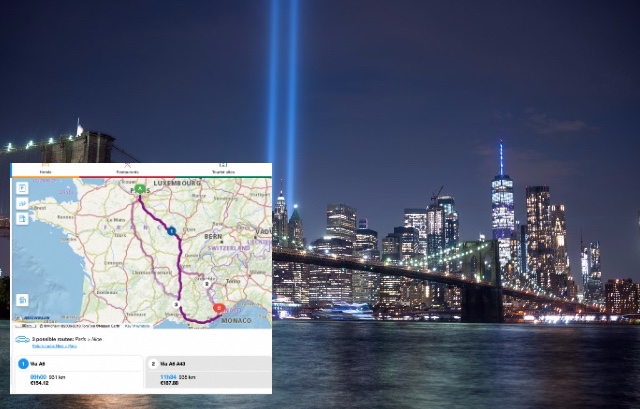 Between 2016 and 2019, the average price of a Paris-San Francisco ticket fell by 46%, according to BFMTV. And there have also been huge reductions for New York flights.

The old giants Air France-KLM and its American ally Delta will then face six competitors all offering direct flights. The battle for your business promises to be a lively one.

Especially since Air France KLM's two historical rivals in Europe, Lufhansa and British Airways, will also try to entice the French with Paris-New York flights via London, Frankfurt or Munich, at reduced prices.

Tickets between the world’s most visited city (23 million visitors) and New York, which holds the record in America (13.6 million), have already reached their lowest level ever.

A return trip with Level travelling in March can cost as little as €242. British Airways is currently offering flights for €224 with a connection.

That's prompted comparisons in France with other forms of travel including driving and taking the TGV train.

For example it costs around €308 in tolls and petrol to drive to Nice and back from Paris, according to Via Michelin. The tolls on their own are €156. And New York is not the only destination affected by these unprecedented fares for long-haul flights.

Flying to San Francisco offers the most dramatic price drop. It has crashed to almost half price in just three years. It is now an average of €406 as opposed to €755. This means a couple will save €700 on the price of their flights, enough to book a room in a hotel.