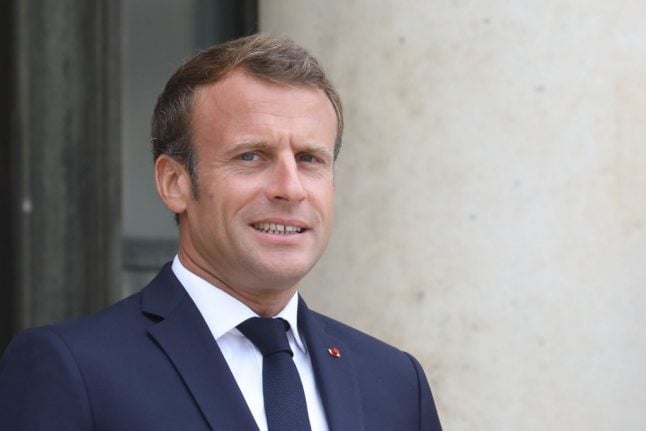 Setting out his priorities for the second half of his mandate on Monday evening, Macron said that his centrist Republic on the Move (LREM) party risked being seen as “bourgeois” unless it tackled the issue of immigration.

“By claiming to be humanist we are sometimes too lax,” he told a meeting of his ministers and ruling party representatives, claiming that France's asylum laws were being “misused” by people-smuggling networks and “people who manipulate” the system.

The question for his three-year-old party, which has struggled to establish a presence in small-town and rural France, was “whether we want to be a bourgeois party or not,” Macron was quoted by party members as telling the meeting.

“The bourgeois have no problem with this (immigration). They don't come up against it. The working classes live with it. For decades the left didn't want to deal with this problem so the working class migrated to the far right.”

“We're like the three little monkeys, we don't want to see,” he said, referring to the “see no evil, hear no evil, speak no evil” dictum represented by three monkeys with their hands over their eyes, ears and mouth.

An Ispos/Sopra Steria poll on divisions in French society published Tuesday showed that 63 percent of respondents felt there were “too many foreigners in
France.”

Anti-foreigner sentiment was strongest among working-class respondents, with 88 percent saying they were too many immigrants.

Sixty-six percent also said they felt that immigrants did not try hard enough to integrate.

During the 2017 presidential campaign, Macron was fulsome in his praise of the welcome extended by German Chancellor Angela Merkel to over a million
Syrian refugees, crediting her and the German people with having “saved our collective dignity.”

But since coming to office, he has taken a tough line on so-called economic migrants who leave home in search of better opportunities abroad, drawing a
firm distinction between them and refugees fleeing war or persecution.

Macron's remarks saw him compared with former right-wing president Nicolas Sarkozy, who also tried to court far-right voters while in office by talking tough on immigration but without significantly changing French laws.

Jerome Sainte-Marie, president of Pollingvox research firm, warned that Macron risked setting a trap for himself.

“Once you have talked about immigration, once you have launched that debate, people expect action,” he said.

“Otherwise he will have the same difficulty with voters that Sarkozy had,” he said.

French media and opposition parties see his latest remarks as linked to local elections next March and a signal that he is preparing to seek a second term in 2022.

Polls show that since 2017, Macron's core support has shifted from the centre towards the right.

“By sending a signal on immigration a few months before the local elections, he is trying to reassure this important part of his electorate,” Sainte-Marie said.

Far-right National Rally leader Marine Le Pen, whom Macron beat in 2017, was scathing of the president's tough-sounding rhetoric on an issue that has been her party's bread-and-butter for the last three decades.

“For the past two and a half years, he has seen nothing and heard nothing on the misuse of asylum laws,” she told BFM television Tuesday.

“Emmanuel Macron is clearly launching into the presidential election,” she said.

A Communist member of the French Senate, Eliane Assassi, accused Macron of whipping up fear among voters about immigrants and warned him, referring to
the far right, that voters “prefer the original to the copy.”

RESIDENCY PERMITS
OQTF – What is the ‘notice to quit France’ and can you appeal against it?