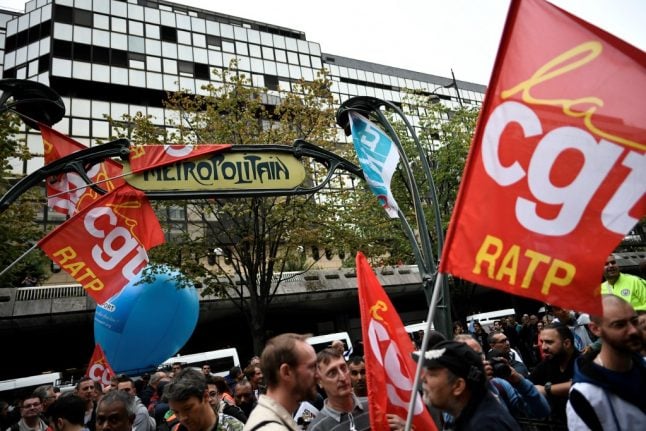 All the unions which have members among Paris' RATP public transport system were staging a coordinated walk-out on Friday.

They have described the one-day protest – which has seen large parts of the city's transport network grind to a halt – as a “shot across the bows” of President Emmanuel Macron's plans to reform France's pension system.

But on Friday morning union leaders staging a protest outside the RATP headquarters in Paris went one step further, calling for unlimited strikes in the months ahead and into December. Journalists from French newspaper Le Parisien reported one unnamed leader as saying: “There is no question of negotiating, we reject any form of discussion.”

However at present no further strikes are planned.

Philippe Martinez, leader of the hardline CGT union, was asked on France Info radio station whether he wished for the strikes to continue and answered: “No, what we want is for the government to agree to discuss the pension issue in a way other than the way it has engaged it.

“Every time there has been a bill on social issues, we have been told that you can discuss issues on the margins, but in substance nothing will change.”