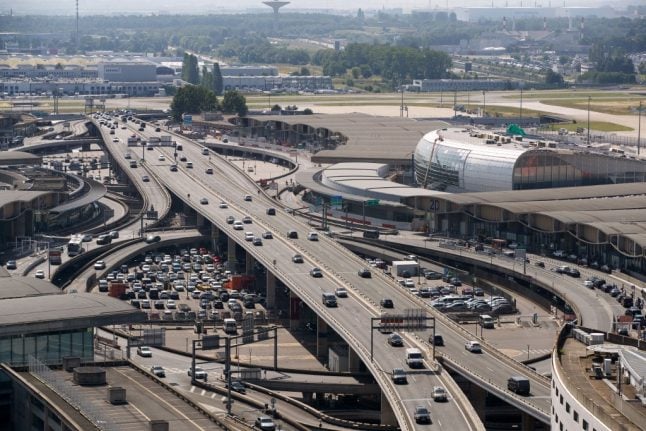 Getting to or from Paris airports could be difficult on Friday. Photo: AFP

Unions on Paris' RATP public transport network are staging a coordinated walk-out on Friday in a protest over planned pension reforms.

The strike is expected to severely disrupt all public transport in the city – including services to and from Paris' main airports.

The RER line B, which serves both Charles de Gaulle and Orly airports, will have no trains at all running between 9.30am and 5pm. At peak hours – between 6.30am and 8.30am and 5pm and 8pm there will be a limited service with one in three of the normally scheduled trains running. Those trains that do run are expected to be extremely busy.

RER line C, which connects to Orly airport via a shuttle bus, will be running as normal as that as operated by SNCF, not by RATP.

The T7 tramline, which connects to Orly, will not be running at all.

They city's bus network is also expected to be badly disrupted by the strike action and will only have about one in three of the normal services running on routes operated by RATP.

The airport Bus Direct shuttle services, which are run by the airport, will be running as normal but are expected to be very busy, so should be booked in advance via the airport website.

Taxi services to and from the airport will be running as normal but are also expected to be busier than usual because of the transport disruption.

Make sure you are using an official taxi as there are plenty of 'unofficial' taxi drivers hanging around the entrances of both Paris airports and using one is the quickest way to get ripped off.