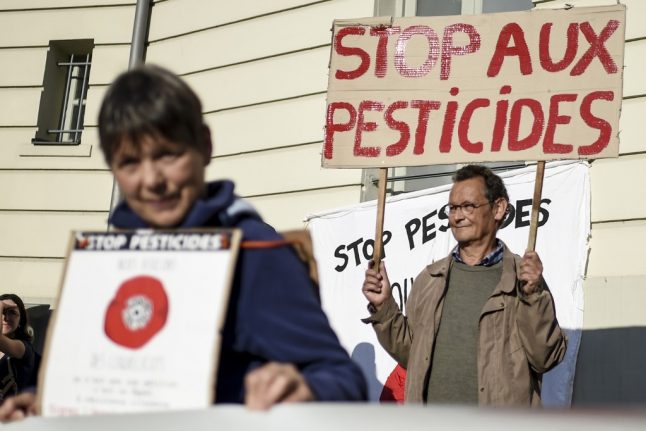 Lille in the north, Nantes in the west, Grenoble in the southeast and the central city of Clermont-Ferrand joined Paris in implementing the ban, citing the need to safeguard biodiversity and public health.

The move is mainly symbolic given that the 2017 law already bans the use of synthetic pesticides in public parks and spaces. And since January, home gardeners countrywide have also been banned from using synthetic pesticides. They may use only those made with natural ingredients.

The few urban areas not included by the bans include green spaces managed by private property owners, such as in apartment blocks, or by companies such as state rail operator SNCF which use the controversial weedkiller glyphosate on train tracks.

Environment Minister Elisabeth Borne slammed Thursday's announcement by the five cities – all of which are run by left-wing or Green opposition parties – as a “publicity stunt”.

President Emmanuel Macron's centrist government has proposed banning the use of pesticides to within 5-10 metres (15-35 feet) of residential areas — a proposal slammed by environmentalists as not going far enough.

The head of the Greens group in Lille city council, Stephane Baly, said the cities' aim was “to make the government cave in”.

The current bans to not cover some 600 hectares (1,500 acres) of land in Paris, according to Penelope Komites, an MP of Paris Mayor Anne Hidalgo's Socialist Party.

“We have to protect our city's inhabitants,” she said.

Dozens of small towns and villages, where houses abut fields, have already issued decrees cracking down on the use of chemical sprays.

The movement began in earnest in May 18 in the Brittany village of Langouet where a mayor banned the use of pesticides within 150 metres of a home or business.

A court later invalidated the ban, ruling that only the state has the power to ban pesticides for public health reasons.

But Mayor Daniel Cueff had by then already won legions of admirers, with villages and towns, from the Normandy town of Val-de-Reuil to the wealthy Paris suburb of Sceaux, following suit.

The bans reflect the growing concern among French citizens, particularly in rural areas, over the continued use of the weedkilling chemical glyphosate, found in herbicides such as Monsanto's Roundup.

France is one of the EU's heaviest users of the herbicide, which is widely used by farmers to spray crops even though the World Health Organization has described it as “probably carcinogenic”, a finding disputed by Monsanto.

The impact of chemical pollution has slowly risen up the political agenda in France as voters grow increasingly concerned about environmental degradation and climate change.

The issue is expected to be among voters' top priorities when they go to the polls in local elections next year.