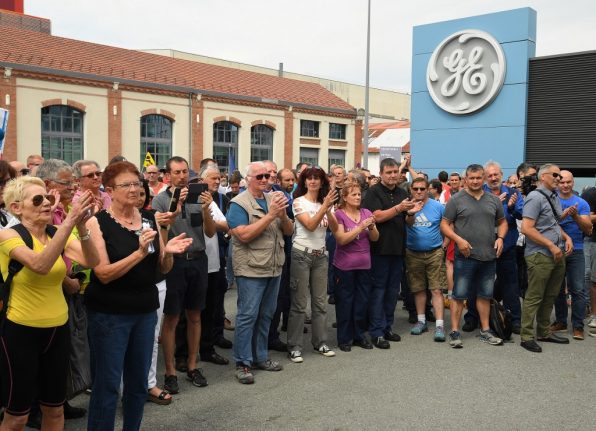 The investigation into Hugh Bailey relates to his work for Macron when the then economy minister was responsible for approving a takeover in 2014 by the US company of the energy assets of France's Alstom.

The probe was triggered by a complaint from opposition MP Delphine Batho who accused Bailey of having a conflict of interest after his appointment as general manager of GE France in April this year.

GE on Tuesday dismissed the allegations as “totally unfounded”.

Bailey worked as an advisor for industrial affairs and export financing in the office of the economy minister between 2013 and 2016.

In November 2017, he joined GE as director of public affairs before being promoted to general manager

Shortly afterwards, the US group announced plans to cut 1,050 jobs in France, mostly at a former Alstom factory in the eastern city of Belfort that makes gas turbines.

Alstom, a French industrial jewel that pioneered the high-speed TGV train, sold its energy business to GE in a deal that only received the backing of the French state – the biggest shareholder in Alstom – after GE pledged to create 1,000 jobs.

The vast majority of the promised jobs never materialised however, leading the French government in February to fine GE €50 milllion for falling far short of its target.

A French commission that monitors ethics in public office had already weighed in on Bailey's move to GE in November 2017.

In a ruling seen by AFP, the commission gave his employment by GE the thumbs-up on condition that he abstain from professional contact with his former economy minister colleagues for two years.