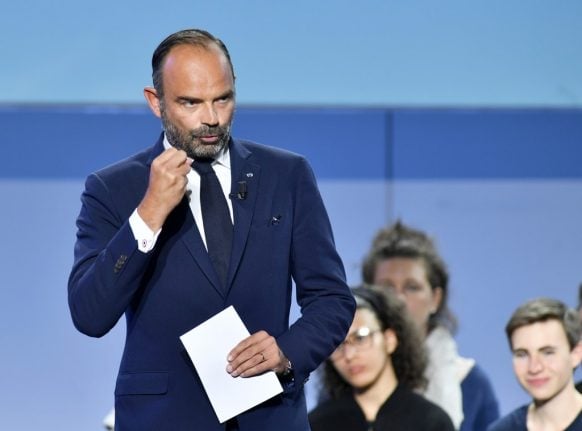 Prime Minister Edouard Philippe convened a special meeting of French ministers on Monday to ramp up preparations for Britain's exit from the European Union.

Among the measures he announced was the creation of an online platform where British people already living in France will be able to register for residency after Brexit.

The Prime Minister's statement read: “The Ministry of the Interior will launch an online registration platform for British nationals living in France in October.”
The website will be in English, according to campaigners for Britons in France, who have met officials at the Ministry of Interior.
Claire Godfrey, who has been in a meeting with French officials on Friday, added that the online system should hopefully simplify and standardise the process.
She posted on Facebook that the system being outlined could be one where people would make the application online and scan in all relevant supporting documents.
Applicants would then receive a receipt for their application, and would only need one in-person appointment for the taking of fingerprints, which could be done at préfectures, sous-préfectures or possibly local mairies.
Until now, applications have been dealt with by local préfectures, and readers of The Local have reported big differences in how authorities in different areas are dealing with applications.
While some prefectures have simply closed applications until they know more about when and how Brexit will unfold, others are processing applications within a matter of weeks, leading to a postcode lottery for Brits in France.
But from October, Britons will be able to make their applications on the online system, which will hopefully standardise the procedure across the country. This applies only to people who are already resident in France on Brexit day.
READ ALSO LATEST The ultimate no-deal checklist for Britons living in France In recent months the French government and the British embassy have been encouraging Britons who have been in France for over five years to apply for cartes de séjour residency permits.
The government has already announced that after Brexit all British people will need to apply for residency under the carte de séjour scheme that all third-country nationals use.
In the case of a no-deal Brexit there will be a one-year grace period, although applications must be received within six months of Brexit day.
If Britain leaves with a deal there will be a transition period until December 2020, although that date may well change.
British people who already have a carte de séjour permanent will be able to simply swap it after Brexit, but everyone else will have to make a new application under new conditions.
Although the Prime Minister gave no further details, the French government has updated its Brexit website which gives guidance on the requirements for British people living in France.
The Local has contacted the Ministry of the Interior for further details about the online platform.
Kalba Meadows from citizens rights group British in Europe's France team gave the news a cautious welcome.
She said: “We were given to understand last year that there would be a centralised application platform, and this was confirmed in the table produced by the European Commission in June, so while it's not 'new news' for us it's good that a timeline will now been put into place so that the process can begin as soon as possible.
“It's going to be a mammoth task processing applications from up to 200k Brits in France.
“As ever, the devil is in the detail though – and we understand that although applications will be made on a central online platform they will still be processed by individual préfectures, many of which will struggle to meet the demand without extra resources.
“No announcement has been made to date about the provision of additional resources so we're following with interest and look forward to discussing the details of the scheme as soon as possible so it can be made as user friendly as possible.”
The statement from the French Prime Minister added that France was still hoping that Britain would exit the EU with a deal, but was also preparing for a no-deal scenario.
The Ministry of the Interior added that it would be stepping up communication to both citizens and businesses urging them to make preparations.
An extra 600 customs staff have been appointed to process arrivals in France from the UK, and an extra 200 veterinary experts are already at the borders.
Testing of the new systems will be carried out in the coming weeks to ensure the systems will be up and running by Brexit day, which is currently scheduled for October 31st.