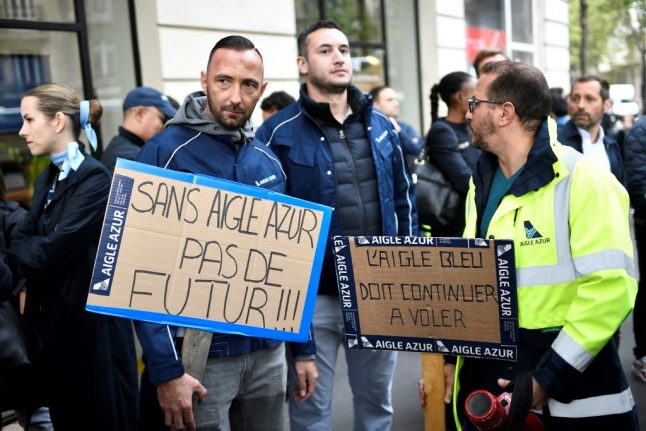 The airline, which employs almost 1,200 staff, filed for bankruptcy and suspended flights last week after losses which prompted a shareholder coup that ousted the chief executive.

“Out of 19,000 passengers who found themselves in difficulty at the peak of the crisis, there are still 13,000” who have yet to be repatriated, the secretary of state for transport, Jean-Baptiste Djebbari, told the Le Parisien daily. He said these included 11,000 passengers booked on flights into and out of Algeria, 600 on Mali flights as well as other destinations ranging from Russia to Lebanon.

Air France chartered two special flights on Saturday and then again on Sunday to help passengers booked on Algeria flights, which flew out one quarter full but were full on the return.

“The hardest moment of the crisis will be over before the end of the week. At least half the passengers (affected) will have been repatriated,” Djebbari said.

The airline transported last year some 1.9 million passengers, with destinations in Algeria making up half of its operations that brought in €300 million of revenue.

“There needs to be a serious buyer who is capable of offering guarantees for a maximum number of employees. The good news is that many (potential buyers) have expressed interest,” said Djebbari.

He said the former chief executive of Air France's subsidiary Hop!, Lionel Guerin, was among interested parties, backed by a team of aviation professionals with financial support.

He added that Air France itself also appeared interested in making an offer. “This shows there is still an interest in Aigle Azur,” he added. Neither party has so far publicly confirmed an interest, with Air France declining to comment on an “evolving” situation.

According to union officials, Air France could be interested in the medium-haul routes to Algeria and the Dubreuil group, the majority shareholder in Air Caraibes, the long haul routes to destinations like Brazil and Mali.

The largest shareholder in Aigle Azur is the Chinese conglomerate HNA Group, which owns Hainan Airlines, with a 49-percent stake.