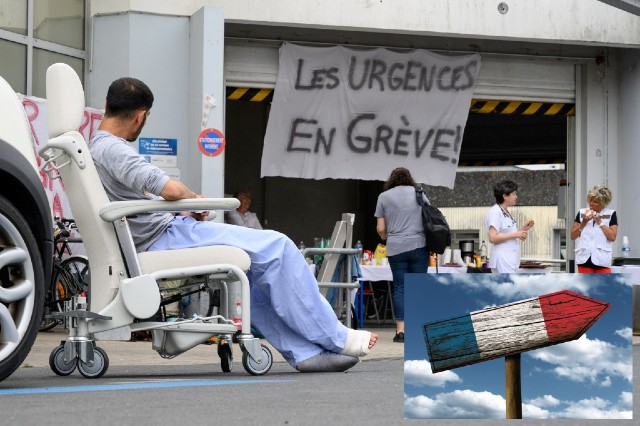 The court will be considering its verdict on l'affair Crépuscule – a global fraud case that revolves around the buying and selling of carbon credits. It is alleged that the company calling itself Crépuscule (dusk or twilight) bought CO2 emission credits in the foreign country without tax, then resold them in France with tax added, and never passed the alleged €146m raised from VAT back to the French state. A memorial will be held at Chartres cathedral to Anthoine Hubert, the French Formula 1 racing driver who was killed in a crash in the feature race of a Formula 2 event in France. The 22-year-old, who was born in Lyon, began his career as a go-karting champion before moving on to Formula 3 and 2. He had just become an affiliated driver with Renault in Formula 1.

France will play Andorra in a qualifying match for the Euro 2020 tournament. Kick off is at 8.45 local time at the Stade de France in Paris.

The CGT union has called for a 'national day of action' for staff in emergency departments in hospitals who are currently staging long-running industrial action over pay and conditions. Because of strict rules over strikes by emergency staff, actions so far have largely been limited to protests outside hospitals and staff wearing badges saying en grève (on strike).

The 15th festival of fiction launches in La Rochelle. The TV festival celebrates the best dramas on both French and international channels. An exhibition opens in Paris of the work of British painter Francis Bacon. Photo: AFP

The Pompidou Centre is hosting an exhibition of the works of British painter Francis Bacon, which runs until January 20th. The Musée de Luxembourg also has a British theme, with the opening of an exhibition entitled The Golden Age of British Painting featuring works by Turner, Gainsborough and Reynolds.

Start of the Université d'été de la Défense – a two-day international conference in the military and defence industries. This year it will be held in Bourges.

Start of the European men's volley-ball championships, which are co-hosted by France. For the first time, the organisation of the tournament has been split between four countries – France, Belgium, the Netherlands and Slovenia, and matches will be held in all four countries.

The greater Paris Île de France region will be hit by transport strikes on Friday. Staff on the RATP local transport network – which includes the Metro and RER suburban trains – will be holding a one-day action to protest over plans for pension reforms. RATP says more details of the impact on services will be released later in the week.

The verdict is expected in the long-running Balkany case. The couple, who dominated the political landscape of the wealthy Paris suburbs since the 1980s, are accused of corruption and hiding assets worth €13m from the tax man. Patrick Balkany and his wife Isabelle will hear the verdict of a long-running corruption investigation. Photo: AFP

The Châtalet theatre reopens after a two-year closure for a major refurbishment project.

Closing ceremony of the Festival of American Cinema in Deauville. Legendary French actress Catherine Deneuve is on the judging panel for the festival.