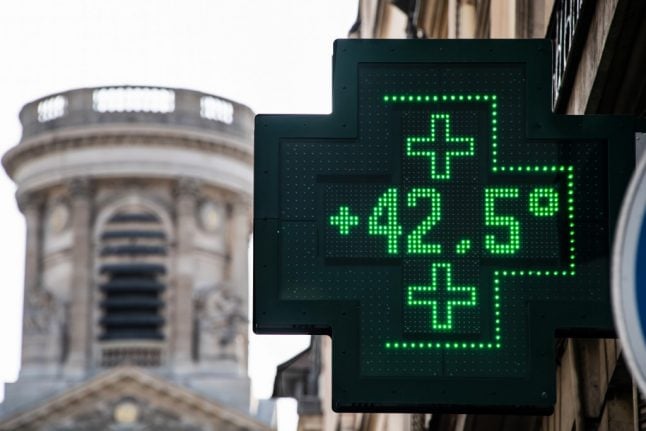 But that toll was significantly lower than the disastrous summer of 2003, when an estimated 15,000 people died during an August heatwave; despite temperatures being higher.

“We have 1,500 deaths recorded more than the average for these months, so that's 10 times fewer deaths than the 2003 heatwave,” Buzyn told French radio. This year's heatwaves hit France in June and July, with a new record temperature of 46C recorded in the south on June 28.

Dozens of towns across the country smashes records in July, with Paris recording a new high of 42.6C.

While the 2003 heatwave lasted 20 days in all, this year's lasted for 18, in two separate heatwaves, the second covering a large part of France, Buzyn added. The 2003 heatwave was the deadliest recorded in France, with the central and Paris regions hardest hit.

In Paris city authorities offered cool rooms, water fountains and misters and free swimming sessions, as well as transport for the elderly and vulnerable.

Although temperatures dropped to normal seasonal levels in August and into September, much of the country is still in the grip of a drought which is having a catastrophic effect on agriculture.

Around a third of the country is still under severe drought restrictions which bans the use of water for anything other than essential use.

In some areas water is even banned for agricultural use and farmers and vineyard owners have warned of badly hit harvests.