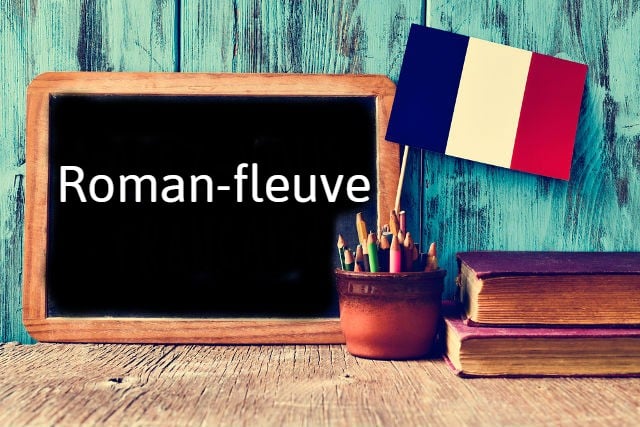 Why do I need to know roman-fleuve?

If you're ever invited along to a French book club, or just like chatting about books, you might come across this term.

Un roman is a novel or work of fiction and le fleuve means the river, but put together as a phrase it has a more figurative meaning than a novel about rivers (which would be kinda niche as a section in your local book store).

Un roman-fleuve is a series of books or an extended saga published over several volumes. Probably the most famous French example is Marcel Proust's À la recherche du temps perdu (In Search of Lost Things or sometimes translated as In Remembrance of Things Past) which follows some of the same characters over seven volumes.

But it's not just elevated literature that counts as a roman-fleuve, anything that is published as stand-alone books but which share common themes, characters or settings would count, so the Harry Potter and Twilight novels would also be considered. The Harry Potter books, very popular in France, would be an example of a roman-fleuve. Photo: AFP

Does it have another use?

Although it's usually used in a book-related context, it can also be used to signify a very long-running story or topic, as you might use the word saga (originally a Norse or German epic story) to signify an apparently endless topic or tale.

So you might say Le roman-fleuve de Brexit se poursuit au parlement britannique – the sorry saga of Brexit continues in the British parliament.