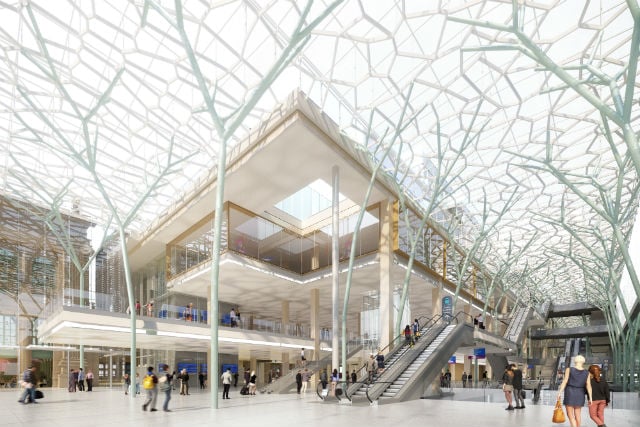 Does Gare du Nord need work doing on it?

Frankly, yes as it's currently a bit of a mess and has been for years. Gare du Nord is Europe's biggest rail station mainly due to the commuter train services to and from Paris suburbs and mainline services to northern France.

But it is also the gateway to Paris as it's the arrival point for the Eurostar from London and trains from Amsterdam and Brussels as well as being the main route into the city from both of Paris' major airports. So for many tourists it's the first landmark they see in the city and the impression that it currently gives is far from positive.

Dark, confusingly laid out, poorly signed, overcrowded and in disrepair, the 700,000 travellers who pass through it daily will frequently see buckets catching leaks from the ceiling or exposed wiring and pipes.

In 2014 John Lewis managing director Andy Street referred to it as “the squalor pit of Europe” and while that might be slightly unfair it's certainly a grim introduction to a very beautiful city. So what's being done about it?

Well a €600 million revamp has been ordered, timed to be finished in time for the Olympics in 2024. The société d'économie mixte à opération unique (SEMMOP) the joint enterprise behind the revamp, revealed their plans via a series of snazzy artist's impressions back in May, and work was scheduled to start at the end of 2019, leaving enough time for it to be completed in time for 2024.

What does the revamp involve?

The project is intended to improve the flow of traffic in the currently overcrowded station and also offer more services to local residents as well as commuters, including a post office, a library, co-working spaces, and a rooftop terrace.

The artist's impression also showed a jogging track, to be run by a private gym, running along the rooftop.

The entire station will also be opened up with a lot more glass and natural light, hoping to break away from its current dark and rather depressing layout. They say: “This project is unacceptable, and we ask that it be rethought from top to bottom.”

Their major problem with it is the commercial space, which has quadrupled under the new plans. In addition, passengers making transfers or going from RER suburban lines to mainline trains, for example, will be deliberately routed on a long walk past the shops.

The letter says: “Forcing hundreds of thousands of people to cross commercial spaces becomes unbearable when this gift to trade creates long and unnecessarily complicated journeys.”

Trekking through Gare du Nord to find your platform is already a fairly lengthy undertaking, but the letter says that under the new system the walks between sections will be even longer.

They are also not keen on the idea of creating a massive new shopping centre there at all, pointing out that it will damage business for local traders, while big shopping centres in Paris are already struggling.

Well it seems that the people behind the project are not budging, telling French media they will “keep up their commitments” to the project regardless of the criticism and still aim to be finished in time for the 2024 Olympics.