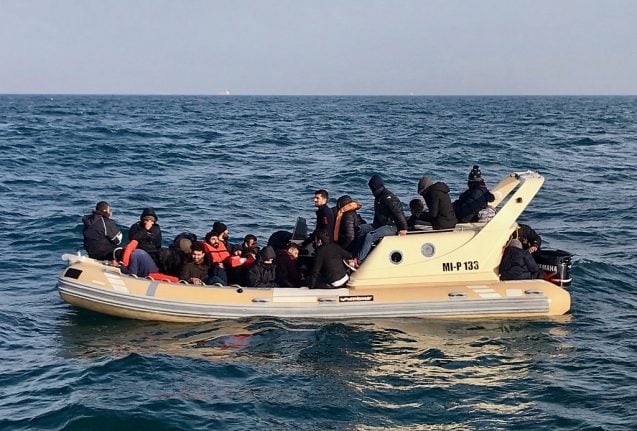 A British fishing boat had alerted French officials on Tuesday afternoon after spotting the boat in distress.

The migrants were eventually brought back to Boulogne-sur-Mer in northern France and handed over to border police.

Migrants are taking ever greater risks to reach Britain from France, which has taken an uncompromising approach towards so-called economic migrants who come to Europe in search of a better life. Since January, some 1,450 migrants have been rescued either by British or French coastguards – more than double the number who tried to cross the busy shipping lane in the whole of 2018, according to official French figures released Monday.

France has attributed a recent spike in attempts to good summer weather, which has emboldened more migrants to make the journey.

However, such crossings remain dangerous given the heavy maritime traffic in the Channel as well as strong currents.

The body of an Iraqi migrant who tried to swim across the Channel from France to Britain on Monday was found off Belgium's coast, wearing a makeshift life jacket made of empty plastic bottles.

Officials believe the 48-year-old drowned after setting off from a beach in northern France, with currents dragging him into Belgian waters.

British interior minister Priti Patel is set to discuss the issue of illegal migration on Thursday with her French counterpart Christophe Castaner.