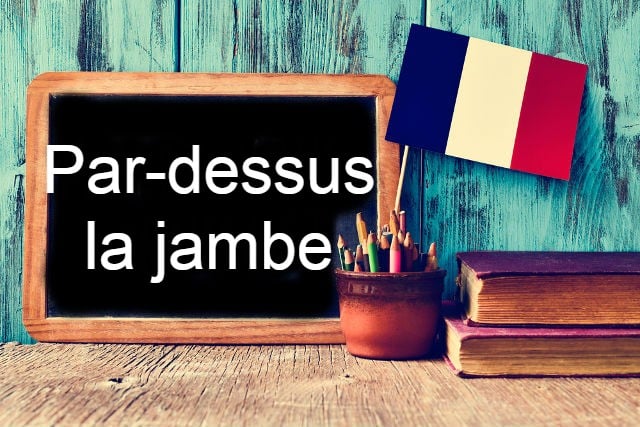 Why do I need to know par-dessus la jambe?

If you're not really bothered about something, then 'par-dessus la jambe' is an expression that may come in handy for you.

Par-dessus la jambe, literally translating to 'above the leg', means off-handedly or in a slipshod fashion. When French people complete a task a bit too carelessly, they would say they did it par-dessus la jambe.

This can also describe the way a person is considered, but it less widespread than the first use.

But where does it come from?

In the 1600s, games called le jeu du volant and le jeu de paume, basically ancestors of badminton, were widespread in France. Some players used a serving technique which consisted in throwing the shuttlecock by hitting it from under your leg, par-dessous la jambe. If a player tried his luck with this unorthodox technique, this usually indicated that he considered his adversary was so bad he could play however he wanted and still win the game.

Over time and because of phonetic distortions, par-dessous la jambe – under – became par-dessus la jambe – above.