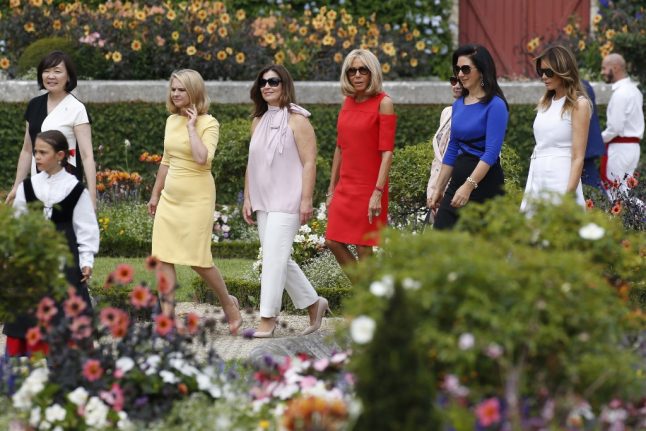 The Brazilian leader Jair Bolsonaro and France's Emmanuel Macron has been in dispute over the fires raging in the Amazon, with the right wing leader claiming that Macron had a 'colonial mindset' after his calls for action on the devastating blaze in the 'lungs of the world'.

But over the weekend the attack took a personal tone when Bolsonaro criticised the looks of Emmanuel Macron's wife Brigitte. Bolsonaro, 67, was responding to a Facebook post comparing the looks of his wife Michelle, 37, with 66-year-old Brigitte Macron when he made the disparaging comment, which was widely criticised for being sexist.

“He has made some extraordinarily rude comments about my wife,” Macron told a press conference when asked to react to statements about him by the Brazilian government.

“What can I say? It's sad. It's sad for him firstly, and for Brazilians,” he added.

Brigitte Macron is currently hosting the partners of the world leaders gathered in Biarritz for the G7 summit, where climate change, international trade and tensions in the Middle East were on the agenda.

Our house is burning. Literally. The Amazon rain forest – the lungs which produces 20% of our planet’s oxygen – is on fire. It is an international crisis. Members of the G7 Summit, let's discuss this emergency first order in two days! #ActForTheAmazon pic.twitter.com/dogOJj9big

Emmanuel Macron has been vocal in saying that the international community should get involved with reforestation of the areas of the Amazon basin devastated by fire, but this would  require the approval of Amazon nations themselves.
Brazil's former army officer president Bolsanaro has given freer rein to industrial farmers and loggers who have made the country an agribusiness power – at a huge cost to the environment.