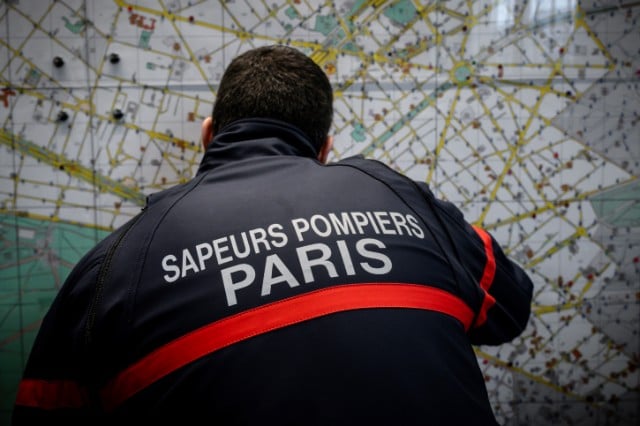 The number of attacks against French firefighters has risen sharply. Photo: AFP

The weekend started off badly for Aix-en-Provence firefighters. Overnight between Friday and Saturday, as they were trying to resuscitate an 80 year-old man in the Jas-de-Bouffan neighborhood, the two men were warned their emergency vehicle was being stolen.

The firefighters finally found their truck, 20 metres away from the scene with one side ripped off, stuck between a wall and another car. The station has filed a complaint.

On Saturday, in the city of Noisy-le-Roi near Paris, a 15-year-old assaulted the firefighters who came to help him. The three men were intervening after a call from the young man's mother, who feared he would die after he supposedly mixed pills and alcohol.

When they arrived, the teenager threatened to ''snuff them''. He kept on punching and kneeing the firefighters until they managed to control him.

Two of the three men had cuts and bruises on their faces – they will be unable to work for six and 10 days respectively. The young man was held in custody after being taken care of in hospital.

Finally, on Sunday, a Corsican firefighter was injured by the man he was helping.

Although the call-out unfolded normally, the injured man started to become physically threatening towards first responders who took care of him upon arriving to the Calvi hospital.

One of the punches thrown by the patient landed on the head of Patrick Renaud, a 52-year-old firefighter. His wound required six stitches and took him out of work for eight days.

It is believed the 23 year-old man who injured M. Renaud was drunk – as in the two previous cases, the station filed a complaint.

Since 2017, firefighters experienced a rise of 23 percent rise in the number of assaults during interventions. To tackle this worrying phenomenon, a decree allowing first responders to wear personal cameras to film interventions was issued last month.

He went on to explain: ''We need to provide an adequate response [for each intervention], but it takes time because we have fewer human resources. We take longer to intervene and people are getting irritated.

“When they feel like the response is not appropriate, they take it out on emergency crews.” Firefighters are not legally allowed to declare a full strike in France. Photo: AFP

Firefighters unions will hold a new vote on August 27th to vote on a possible extension of the ongoing actions. Bound to provide a minimum service, their means of protest are limited to hanging banners in front of stations and wearing armbands and shirts reading En grève – On strike.

Sadly, firefighters are not the only ones affected by this rise of brutality.

Doctors also suffer from acts of violence – 1,126 incidents involving general practitioners were reported in 2018 – 1,035 in 2017 – reaching an all-time high. These attacks included verbal and physical violence, vandalism and in some cases stealing.

Doctors usually cite the refusal of prescribing a certain drug, of counterfeiting a medical certificate, or a long waiting time as the main reasons patients cross the line.