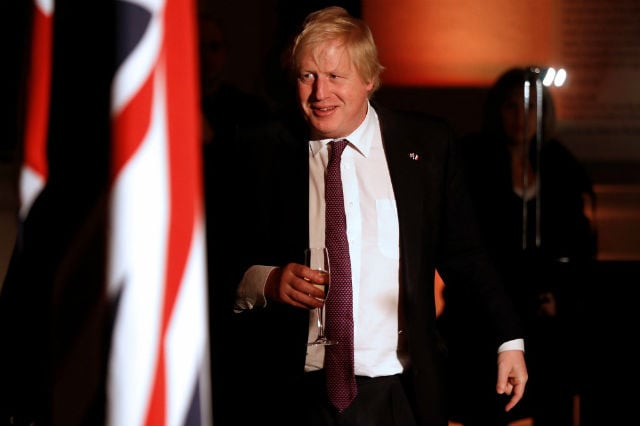 Boris Johnson attended a dinner with Macron when he was foreign minister. Photo: Peter Nicholls/POOL/AFP
Johnson will “probably” see Macron in Paris ahead of the August 24-26 Group of Seven summit in the southern French resort of Biarritz, one of the sources said without giving a date.
A spokesman for German Chancellor Angela Merkel said Friday that a meeting with Johnson in Berlin was “expected very soon”.
“The chancellor and the new Prime Minister Boris Johnson have already spoken once on the telephone. But getting round a table together to discuss Brexit and other European issues… is of course useful,” the spokesman said.
The Johnson government says it is determined to take Britain out of the European Union by October 31 whether or not it can renegotiate an exit deal with the EU.
Brussels has repeatedly rejected any idea of reopening the accord negotiated with Johnson's predecessor, Theresa May.