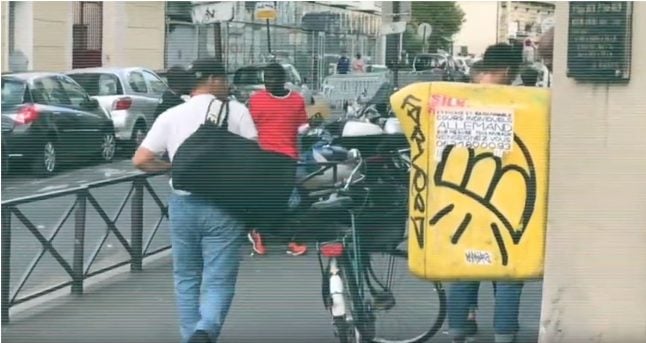 Australian Paris resident Carolyn Gorman was furious when her bike was stolen in the Marais district of the city.

After confirming that it was her stolen bike, she and a friend rang the seller and arranged to meet the man, calling himself Chris, to look at the bike.

She then went to her local police station and told police when and where the meet-up was arranged.

When the seller arrived with her bike, two undercover officers swooped in and arrested him.

Carolyn and her fellow Aussie in Paris – and 'vigilante bike crime fighter' – Sam Davies later posted a video online showing how they had trapped the thieves.

When an Australian friend in Paris had her bike stolen, we set a trap to catch the thieving asshole. This is what happened… https://t.co/SUdn9WcD0y @TheLocalFrance @olivergee23 @mulhollandrory Big thanks to @prefpolice

Carolyn said: “Definitely if you have have your bike stolen check out the ones offered for sale online.”