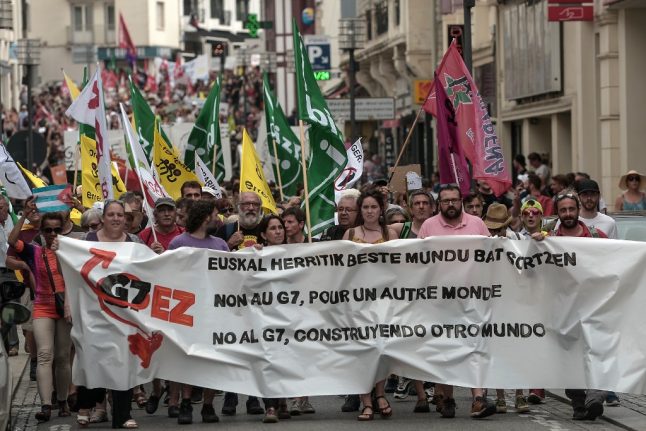 Protests ahead of the summit. Photo: AFP

The man, whose name was not released but who was supposed to be covering the summit for a French radio station, was arrested in southern France a week ago, and had been the target of an expulsion order since July 18th, the ministry said.

It comes as France tightens security ahead of the summit of global leaders, which begins on August 24th The 'counter summit' will be held in Urrugne, close to the Spanish border. Photo: AFP

French President Emmanuel Macron made clear in a preparation visit last May to Biarritz, one of the jewels of France's Basque country, that security measures would be “unprecedented”.

Large parts of the city will be blocked off after activists announced plans to hold a “counter-summit” nearby with thousands of demonstrators.

Ahead of the summit, activists have been holding training camps, teaching protesters everything from banner making to non-violent resistance.

Unions are also expected to demonstrate. Nicolas Girod, national spokesman for the Confédération paysanne et producteur de lait (farmers and milk producers union) in the Jura region has promised a “hot autumn” of protests against new trade agreements, including in Biarritz.

Protesters have been given permission to set up an 'alternative summit' camp in Urrugne, 25km south of Biarritz

The camp can accommodate around 10,000 people, but many activists have already stated that they will also try to stage protests in the restricted areas of Biarritz.

Among the actions planned is a “march of Emmanuel Macron's portraits' where demonstrators will parade holding dozens of portraits of the French president, which have been stolen over the course of several months from public buildings in France.

“We want to take advantage of the G7 and the presence of 3,500 journalists to demonstrate the image of a president who claims to be in the forefront on environmental issues while his policy goes in the opposite direction,” an activist told France Info. Biarritz will be hosting the summit from August 24th to 26th. Photo: AFP

France's interior ministry did not specify why the German man had been arrested and later sent to the German city of Kehl, just across the Rhine river from the northeastern French city of Strasbourg.

In an interview with Germany's Radio Dreyeckland, which had hired him to report on the G7 summit in Biarritz from August 24th-26th, the man accused French Interior Minister Christophe Castaner of trying to keep “annoying people” far from the summit.

On August 8th, “after being stopped at a police checkpoint, I was arrested and spent 24 hours in jail because I had been designated a leftist activist, even though they didn't give any reason at first,” said the man, identifying himself as Luc.

“They told me I had been identified for the first time a year and a half ago in Bure,” where France is preparing to bury radioactive waste from its network of nuclear power plants, he said.

He also said police suspected him of offences during the G20 in Hamburg, Germany, in July 2017, “even though there has been no conviction: the investigations are still under way,” he said. 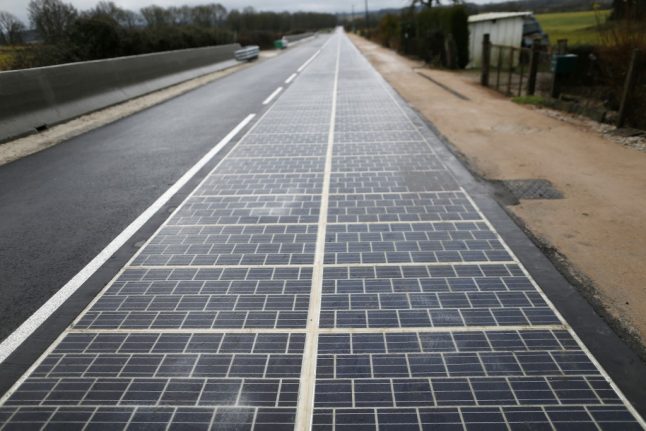 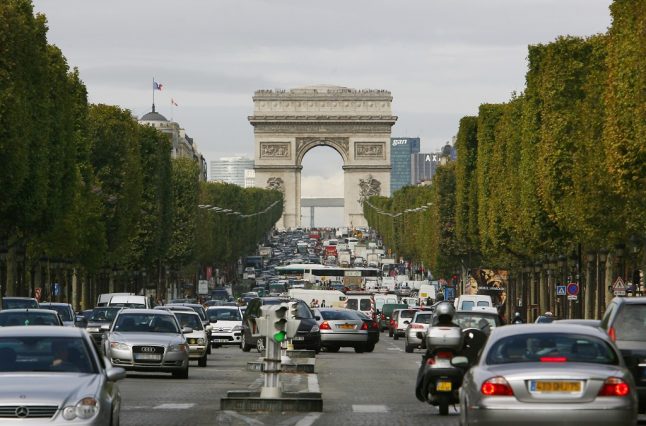