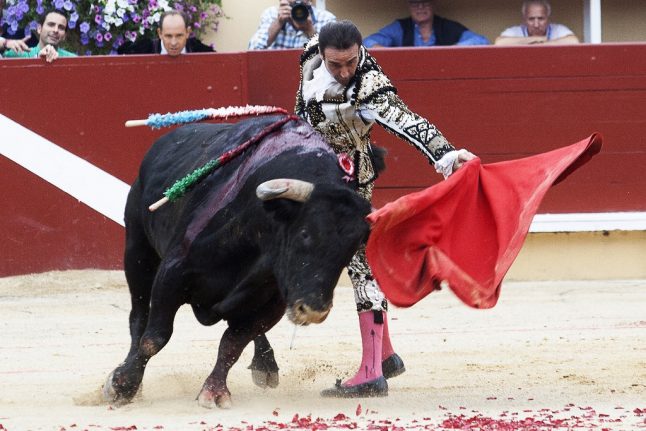 The pair were at the event along with the Mayor of Bayonne, according to a picture posted on Twitter of the “grotesque” event by a journalist for the French regional paper Sud-Ouest.

Their attendance has attracted a flood of criticism, particularly for Didier Guillaume who as agriculture minister also has responsibility for animal welfare.

Animal rights group the Bardot Foundation, set up by French actress Brigitte Bardot, said there was “no limits to the degeneracy” of the ministers, adding that the spectacle was “barbaric”.

Animal welfare groups 30 millions d'amis, L214 et One Voice have also spoken out against the move.