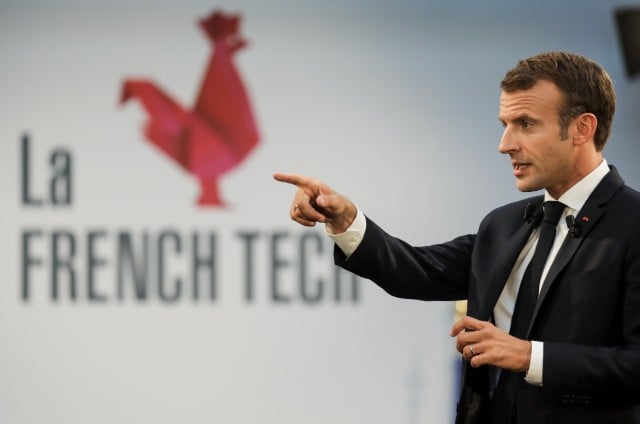 In a call to foreign investors and entrepreneurs, the French president declared: ''I know France is an old country. But this is the beginning of a new dynamic, a new wave. And this where you must be. To invest, to work, and to invent.''

More than 600,000 companies were created in 2018 and the Macron administration is aiming to to ease the process of creating a company and to change France's mindset on business. Here are some of the things you need to know about startups in France.

What has been done so far?

Passed in April 2019, the PACTE law aims to reshape the economy and encourage French people as well as foreigners to develop their businesses in France.

The most groundbreaking measure is the decision to get rid of state-held assets to sell them to private investors, in order to finance the funds for innovation and industry. This is a major turnaround of the French tradition of public ownership.

The Aéroports de Paris privatisation has proved the most controversial, with 600,000 people signing an online petition to call for a referendum on the matter.

The sales aim to provide a €10 billion fund for entrepreneurs and startups.

How can I benefit from this?

As you probably noticed, France's institutions seem to enjoy having everyone in the country fill in dozens of administrative forms. Well, if you dreaded applying for any kind of visa, broadened conditions for the French Tech Visa may be a silver lining.

The French Tech Visa evolution will help you settle in the country if you are planning on creating or joining a startup. While this used to exclusively apply to recruiting tech companies, the visa can now be issued for any foreigner whose work is related to an ''innovative firm''. Careful though, not all startups are considered as such by the French government.

The point of this visa is to speed up and facilitate all administrative formalities for both the holder and their family. The document, which acts as a residence card, has a four-year validity and is renewable. There is no requirement for European Union citizens to have a carte de séjour residency card but as Brexit looms, there is a high chance that British people need one in the near future.

There are three categories for this visa: international startup founders, employees and investors. Each has its own procedure – you can check here in more details.

Even if France's Prime Minister Edouard Philippe wishes to see Paris overtake London as a hub for companies, many cities in France are now seen as havens for startups. Thirteen have an official ''French Tech Label'', meaning they tick all the boxes in matters of financing and entrepreneurial culture.

Though Paris is still number one on startups creations, places like Montpellier go above and beyond to make their city attractive and welcome new entrepreneurs in what has been called bâtiments totems – totem buildings.

Each city is now trying to develop its own trademark: Brest is betting on hotel services, Grenoble on electronics and the Aix-Marseille area is focusing on digital health.

What is to come?

If the situation seems to be improving, Emmanuel Macron's plan to transform the country into a land of successful entrepreneurs is far from being an easy job. Many prosperous national startups end up being sold to American companies and French licornes (unicorns) are yet to multiply. Unicorns are companies valued over a billion dollars.

One alternative route is trying to lure already established tech firms and startups to France, and the French government is making a concerted effort to attract businesses that are considering leaving the UK because of Brexit.

It has created an online guide – in English – for tech businesses looking to relocate to France with information on French business laws, tax rates and residency rules, as well as a section on the grants, loans and funding that is on offer to businesses moving to France.