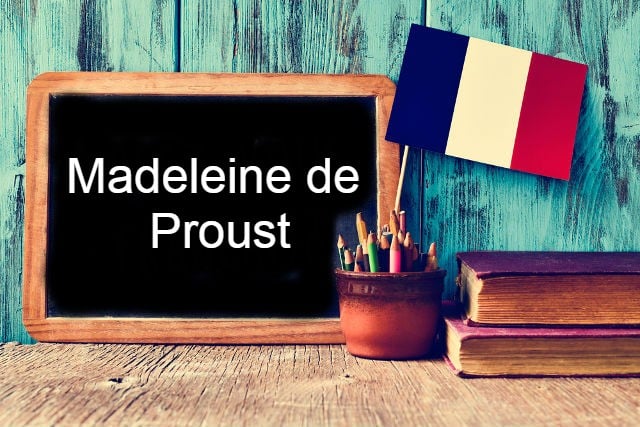 Why do I need to know madeleine de Proust?

This a highly common expression in France and you will be able to let everyone notice that your French literature knowledge is on point.

A madeleine de Proust is an expression used to describe smells, tastes, sounds or any sensations reminding you of your childhood or simply bringing back emotional memories from a long time ago.

You may for example hear someone say: Le parfum de la lavande, c'est ma madeleine de Proust. Ca me rappelle mes vacances de famille en Provence. – The perfume of lavender is my Proustian madeleine. It reminds me of my family vacations in Provence.

The saying comes from Marcel Proust's famous novel, Du côté de chez Swann, or Swann's Way, published in 1913. It is part of his lifetime's work À la recherche du temps perdu – In Search of Lost Time or sometimes published as Remembrance of Things Past.

In this book, Proust writes about his mother offering him tea and a madeleine to warm him up. The taste of the shell-shaped cake dipped in tea unintentionally caused him to be overwhelmed by emotion, and has him reminiscing about a time of his childhood when he was given the same snack.

Over time, the expression became so popular that neuroscience researchers have been trying to scientifically explain the idea of unwitting memory, and philosophers have associated Proust with major thinkers on time and memory.