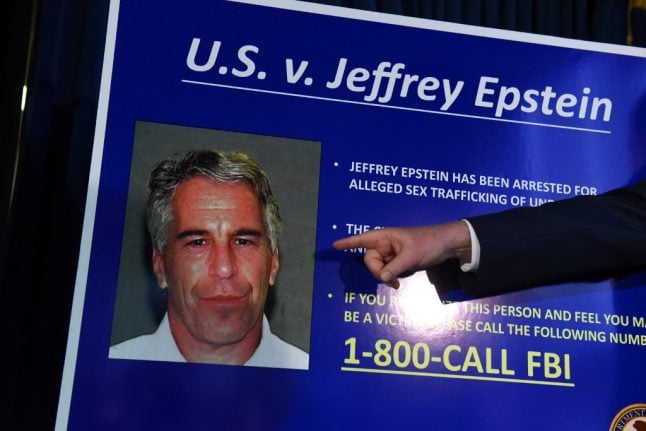 Epstein, whose suicide in jail over the weekend has outraged his alleged victims, owned an apartment in Paris and had been in the city just before his arrest in New York last month. The ministers did not provide any details of the alleged France links.

Citing a “trustworthy source”, it said “several victims of the prostitution network created by Jeffrey Epstein and his accomplices were French citizens”.

“For the moment we haven't had a response from the prosecutor's office,” Homayra Sellier, the group's president, told AFP on Monday.

Epstein, 66, was accused of raping and sexually exploiting dozens of young girls for years, and of also providing teenage victims for friends and acquaintances.

According to US media reports, he kept a “little black book” with the names of over 100 “recruits” from areas where he had residences, including New York and Palm Beach, Florida, as well as Paris.

Prosecutors believe he orchestrated a sprawling network of high school and college students who were lined up by other young women and then forced to satisfy the hedge fund billionaire's wishes.

Epstein had pleaded not guilty, but his request for bail had been refused. He was found dead in his cell on Saturday.