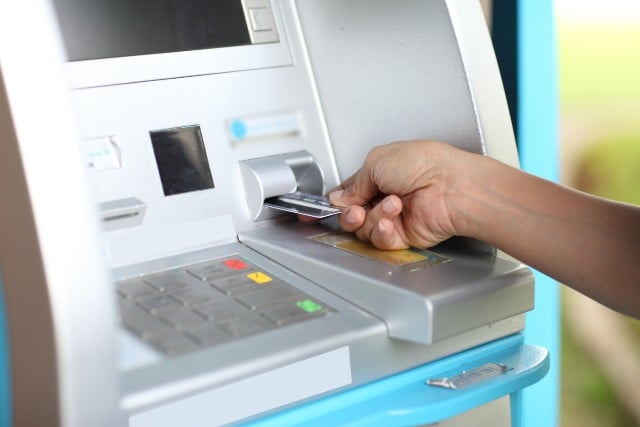 In the case of 'accidental Americans' – people who have US citizenship through family and have little or no real connection to the USA – it has proved a nightmare as they have suddenly found they are liable for tax in the US despite having never worked there. Last month the president of the French banking association wrote to the country's finance minister warning that up to 40,000 accounts belonging to US citizens might have to be closed down if France and the US cannot come to an agreement on tax status.

But even before then, many Americans are reporting increasing difficulty in opening or maintaining accounts in France.

Andrea Greenwall lived in France from 2012 to 2013 and opened a French account.

Upon moving back to the USA, she kept the account open and active, until it was suddenly closed with no warning.

She told The Local: “I kept it open just in case, and maintained it by putting money in it every so often, but basically knew that it would all get eaten up in monthly fees.

“However in December 2018 they up and closed it on me, no notice whatsoever that they were even thinking of it, and I had just put money into it again, so I had wire fees, etc.

“They sent me a physical check in the mail in euros, of course, about €60 which then my bank here processed with a $25 foreign funds exchange fee, and so between all the bank fees I lost about $50 for no good reason.

“That was very frustrating. And so unilateral. I had zero communication from them suggesting they were about to do that.”

Americans in France are also reporting it is getting harder to open French accounts as they are viewed as 'difficult' by French banks because of the requirements of Fatca.

Robert Earhart, who lives in Paris and also spends time in Nice, said: “Opening an account was extremely difficult. I had to go through a friend who is a bank executive, who basically required one of his employees to open an account for me. This was after being turned down at five different banks.

“Several times the bank has mentioned closing my account.”

Connie Porter-Richard, who lives in the Dordogne, said: “BNP closed my account, unceremoniously. Only because I had an existing customer as a sponsor was I able to open an account.”

Barbara Lindsay, also in the Dordogne, added that not only was it difficult for her to open an account but within the last year she has been asked for extra paperwork by her bank to prove that she is tax compliant.

Phillip Knowles in Perpignan said: “It took a few weeks to open the account and required several pieces of documentation including our tax return and W-9 form for each of us.

“Tax returns are required every year and we have been threaten with a €1,500 fine if we did not return the signed documents.”

Americans who are resident in France are still required to file an annual tax return in the US, and they must also declare any foreign bank accounts to the US tax authorities.

This was a measure to force banks worldwide to scour client lists and report anyone who could be a US citizen, or face being barred from operating in the US.

Fatca was passed in the aftermath of scandals involving Swiss banks helping wealthy Americans avoid taxes, but has ensnared millions of US citizens of modest means.

Applied in France since 2014, Fatca requires French banks to disclose to the US tax authorities personal data, assets exceeding $50,000 (approximately €40,000) and transactions of all their US clients.

French banks are threatened with a hefty 30 percent tax on all their American transfers if they do not give all this financial data.

At present a waiver negotiated between France and the US means that if a person does not have a US tax number (which most 'accidental Americans' do not), their French bank can simply send their date of birth to the US authorities instead.

But this runs out on December 31st.

Many were turned down because of their status and are now suing the banks for discrimination.