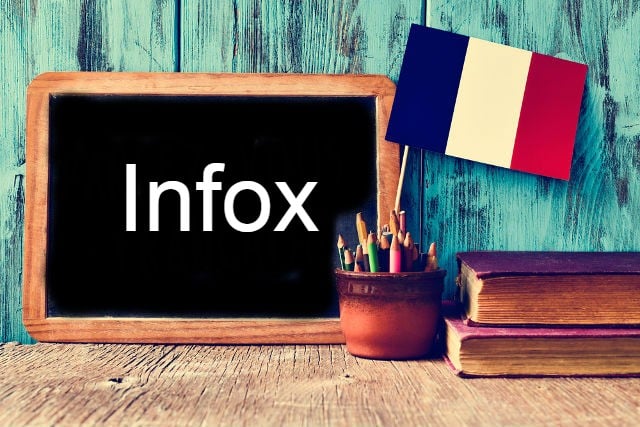 Why do I need to know infox?
While infox is not that widely used in casual conversations, you might come across it more and more often when reading and watching the news.
So, what does it mean?
The word infox means 'fake news' and it's pronounced with the final 'x' spoken.
La Commission d'Enrichissement de la langue francaise [the Enrichment Commission for the French language], whose main purpose is to fight rogue anglicisms that pop up in French conversation, came up with the word back in 2017 through a mix of two others: information and intox.
An 'intox' is the abbreviation of intoxication that could be translated by 'hoax'.
But a hoax does not perfectly fit the concept of fake news. So for a while, French language purists used désinformation – disinformation- to talk about fake news but again, its meaning did not quite meet the reality.
Another option proposed by the Commission was information fallacieuse – fallacious information. Too long and a bit ancient-sounding, needless to say French media outlets neglected the term to adopt infox instead.
For example,  if you want to express your growing concern about fake news: On peut lire des infox partout maintenant! – Fake news really is everywhere nowadays!
Or you might read one of those headlines: Infox: Comment les détecter? – Fake news: How to spot them?
Although it is being used more frequently now, you will still see or hear the odd use of the English 'fake news' in France.
Other recommendations from the Commission
Infox is not the only new word made up to replace an English equivalent. Every year, the Enrichment Commission debates ideas to preserve French's cultural exception while allowing it to evolve.
Most recently, the commission recommended vérification des faits for fact-checking and logiciel malveillant for malware while the idea of a 'spoiler' or giving away the ending of a film or TV series became divûlgacher. They even suggested to entirely ditch the word beach for every kind of sport you can play on sand – beach-volley would become volley sur plage.
But at least using these will earn you the approval of France's culture minister Franck Riester, who this week has been urging French people to resist the lure of English phrases.
For more French phrases, check out our word of the day section.