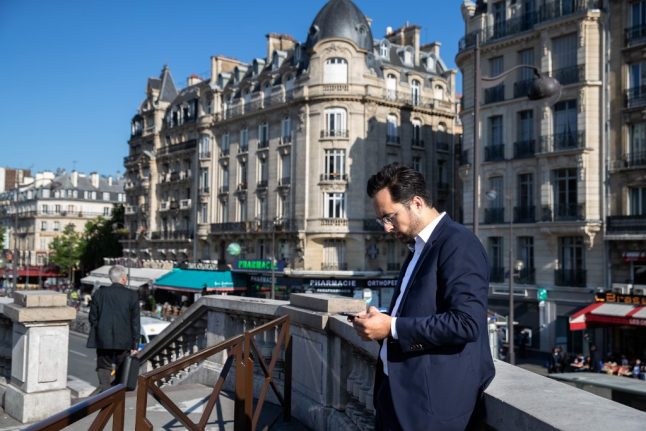 You might be getting some odd messages today. Photo: AFP

It's called Voisin de Téléphone (phone neighbour) or Voisin de Numéro (number neighbour) and it's rapidly gaining in popularity in France, trending on Twitter in recent days as people post the results of their chats with their 'neighbours'.

Your 'phone neighour' is the person why has the same phone number as you, but with the last digit one higher or one lower.

It's been a popular concept in the USA for some time now, but for whatever reason has recently taken off in France, where thousands of people have been posting on Twitter the happy outcomes of making contact with their 'neighbour'.

Basically you just send a text message or WhatsApp message to the person with a similar number to yours and wait to reply. So if you have a French phone, there's a chance you may be getting messages that say something like salut voisin de téléphone, comment tu vas? (Hi phone neighbour, how are you?).

And how do people generally respond to this?

Well it can go either way, some people love it and immediately start chatting, keen to expand their circle of acquaintances or even find love with their 'neighbour'. Others are less keen or fear the message is a hoax or scam.

Some of the nice messages include an 18-year-girl and her 71-year-old 'neighbour' who strike up a warm rapport.

On the other hand others are less keen on the idea and some responses include demands to stop, abusive responses and even one person who claimed to be a police officer and threatened to have the person's number traced.

How can I make it stop?

If you're not a fan you could either simply ignore the messages or say a polite non merci or the slightly more assertive Je ne vous connais pas. Cessez de m'envoyer des SMS (I don't know you. Stop sending me text messages).