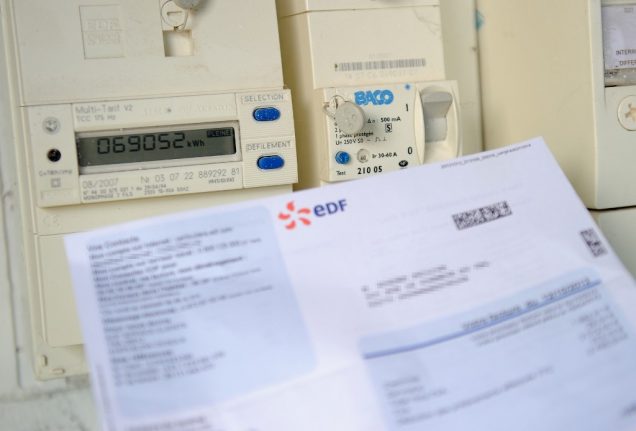 The record amount aims to dissuade big businesses from starving small suppliers by putting off payment for as long as possible, the French government said.

Junior economy minister Agnes Pannier-Runacher said on Thursday that the government wanted to “hit companies in the wallet” to force a change in their thinking on paying bills, currently treated by many as “a minor administrative issue”.

France, like many European countries, has been getting tougher on late payers, blamed for sometimes bankrupting small companies by failing to settle their bills on time.

In 2016, the socialist government of then president Francois Hollande increased the maximum fine for late payments from €375,000 to €2 million.

President Emmanuel Macron has continued on the same track, pushing through a UK-inspired law that allows the government to publicly name and shame offenders for the first time.

Several big companies have been outed as late payers in recent months, including US online retail giant Amazon, China's Huawei and France's own cosmetics chain Sephora as well as the national postal service.

But the fine imposed on EDF dwarfs all previous sanctions, with the stiffest to date – €670,000 euros – going to a subsidiary of German  industrial giant HeidelbergCement in May.

As further punishment for EDF, in which the state has a 83.7-percent stake, the company will also be stripped of a label it earned in 2015 for its “balanced relations” with suppliers.

The government audited over 130,000 bills received by the company between March and August 2017.

It found that 3,452 suppliers who sent bills totalling €38.4 million had not been paid on time.

EDF said on Thursday that it had “taken note” of the fine and vowed to “continue reinforcing internal procedures…so that procedures allowing bills  to be paid on time are understood and followed” by staff.

In France, companies have 30 days to pay their bills unless otherwise stated in the contract, which can give creditors up to 60 days to pay up.

But big groups regularly disregard the deadlines, with fewer than one in two settling their bills within 60 days, according to a 2018 report from the Banque de France's monitoring centre.

The centres blamed late payers for robbing small companies of €19 billion in cashflow.