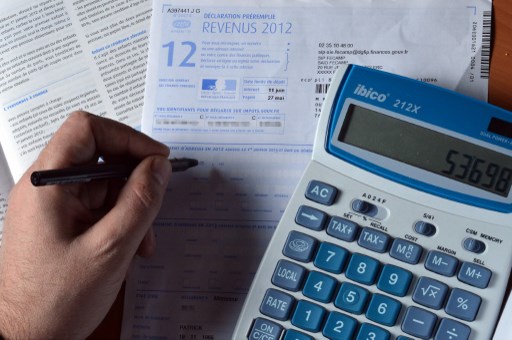 If you file your tax return online you will have already got your bill this year and there's a high chance that the tax man is asking you to pay nothing at all.

Is it a mistake?

No, the good news is that if you get a bill for €0 then that's likely to be exactly what you owe. Why is it zero?

The reason for this is the change in the tax at source (impôt à la source) system that was introduced at the start of this year for all salaried workers. From the start of this year, anyone who is employed will have been having their tax deducted straight from their wages at source, bringing France in line with many other countries that already operate the tax-at-source system.

Until this year, everyone living in France was required to file an annual return and then pay their taxes for the previous year, either as a lump sum or over three or 10 months, whereas now their salary is taxed at source.

However the public are still forced to make their annual tax declarations.

To avoid people paying both at source in 2019 and on their previous year's revenue 2018 was declared an année blanche fiscale or tax holiday year.

“With the introduction of the tax-at-source on January 1st 2019, your tax on non-recurring income in 2018 is cancelled,” explains the Director General for Public Finance.

Eventually, the government says, the yearly declaration will be phased out altogether for salaried employees, but for the moment people must continue to file.

Do I need to do anything?

Firstly you need to check your avis d'imposition to make sure all the details are correct regarding your personal situation in particular.

If they're not, you still have time to change them and you are unlikely to be fined for it since the 'right to make mistakes' was introduced in 2018. Under the new rules, anyone who makes an honest mistake while filling in their tax form can change the details later.

So if you've forgotten that you've got married (or rather forgotten to tell the tax man about it), divorced, had a child or entered into a civil partnership or had any other changes in your personal circumstances, now is the time to amend the details on your tax return. Changes can be made from mid-August by going to your personal tax section impots.gouv.fr

If you have filed on paper you need to file a new return, together with a letter informing the tax office that these details supercede the ones you gave when you filled out the form in spring.

Anything else I should know?

Remember that it's only your basic salary that is taxed at source, so if you have received any additional cash such as severance or redundancy pay or retirement benefits then these will have to be declared and tax paid on them.

And if I do have anything to pay?

You will need to pay it before September 15th or risk incurring a late payment fine. Although the bill comes as one lump sum you do have the option of paying in installments if you need to.