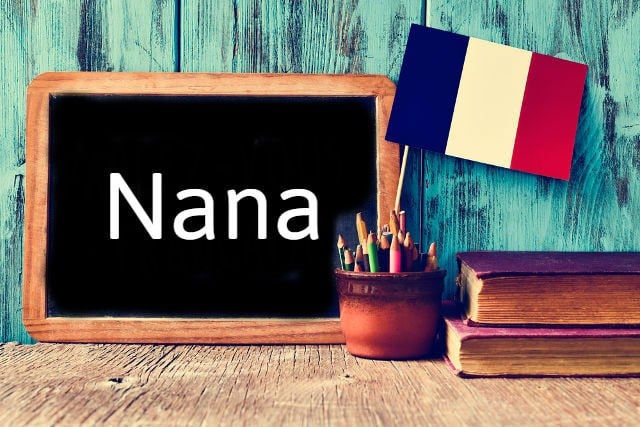 Why do I need to know nana?

For most British people, the word nana is used to describe a grandmother, but in French it has  a very different meaning – as a slang term for girlfriend or just a girl. Very definitely an informal term, but one you will hear frequently from young people chatting, or from watching French TV.

For example, you might say: C'est une nana vraiment adorable, tu vas l'adore! – 'she's an adorable girl, you're going to love her!'

Or Comment t'as rencontre ta nana? – 'How did you meet your girlfriend?'

The word nana has also been used in famous citations such as the one said by French actress, artist and painter Niki De Saint Phalle (1930- 2002) Nous avons bien le Black Power, alors pourquoi pas le Nana Power? – We have Black Power, why not Woman's Power?

The word nana is used in a similar way to meuf which is also used in slang to refer to a woman/ girlfriend, and also has an equivalent referring to a man – Mec.

It is argued that the word nana first started being used around the 19th century in the slang language to mean prostitute, or wife of a pimp. but quickly the word took the meaning and form of 'woman'.

It is also said that the word nana was a shortening of the name Anna and Anne which became popular after Emile Zola's published novel Nana (1880).

Fore more French words and expressions to make your language more colloquial, check out our word of the day section.