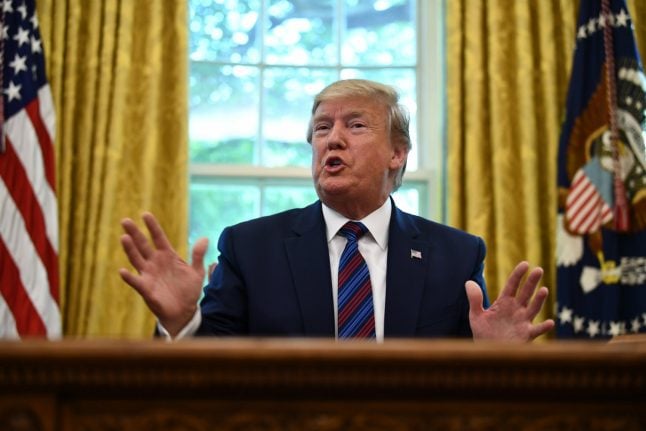 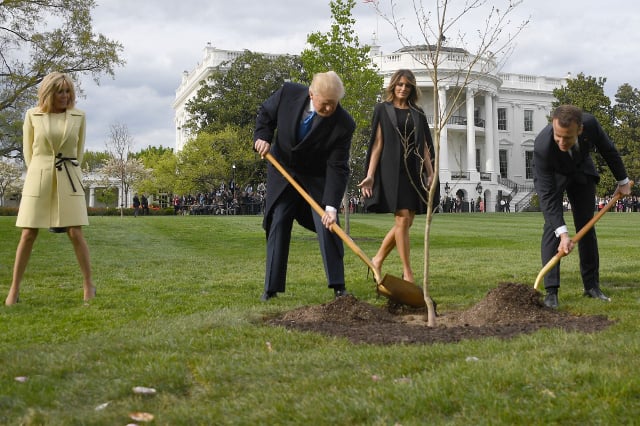 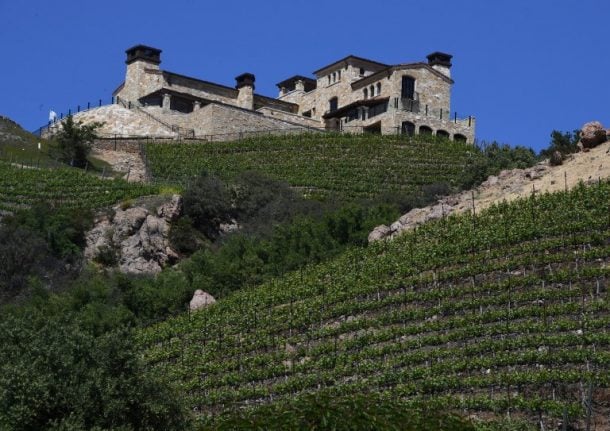 Vineyards in the Malibu region of California. Photo: AFP
The president is partly right: officially, France and its territories are part of the EU Customs Union and Paris does not set customs policy for the 28-member block.
But EU import duties on wine are higher than those imposed by Washington, which could be one reason that Europe, a historic center of wine production, buys less of the American product.
What are we verifying?
After participating in the weekend's centennial World War I commemorations in France, where bitter divisions among the transatlantic partners were on full display, Trump fired off a tweet accusing Paris of taking advantage of the United States in the wine trade.
“On Trade, France makes excellent wine, but so does the US,” Trump said on Twitter.
READ ALSO: Photo: AFP
“The problem is that France makes it very hard for the US to sell its wines into France and charges big Tariffs, whereas the US makes it easy for French wines and charges very small Tariffs. Not fair, must change!”
The presidential tweet was entirely consistent with Trump's long-held view of international commerce: in his eyes, a trade deficit — i.e. when one country imports more than it exports — means that country is getting “killed,” “ripped off” or “crushed.”
Economists dispute the idea that trade deficits are entirely negative, as they allow industries and consumers access to lower-cost goods, especially when domestic production is not enough to meet demand.
What do we know?
As a member of the European Union, France does not set the economic bloc's uniform system for handling imports and exports. All 28 national customs services act in unison, applying common tariffs to all goods entering their borders that then move unhindered throughout the EU.
US border taxes on imported wine are nevertheless lower than those imposed by the EU.
Depending on the nature of the wine and its alcohol content, at the US border imported wine is dutiable at a rate of 5.3 cents to 12.7 cents per 750 ml bottle, according to the US International Trade Commission.
Bubbly is taxed a higher rate of about 14.9 cents a bottle.
On the other hand, according to the Wine Institute, a trade body promoting American exports, US wine entering Europe faces duties ranging from 11 to 29 cents per bottle depending on alcohol content.
Furthermore, Americans drink far more European wine than the other way around. The Wine Institute says that in 2017, the United States imported $4.5 billion in European wine but sold only $553 million intended for European drinkers.
For sparkling wines, the trade gap even more severe: $1.2 billion in champagne, prosecco, cava and other fizzy tipples went to America but only $3.5 million in American spumante was offloaded in the EU.
“Wine Institute believes the upcoming trade negotiations between the US and EU will create market opportunities by reducing tariffs and addressing other market access issues,” Robert Koch, the institute's president and CEO, said in a statement.
SHOW COMMENTS 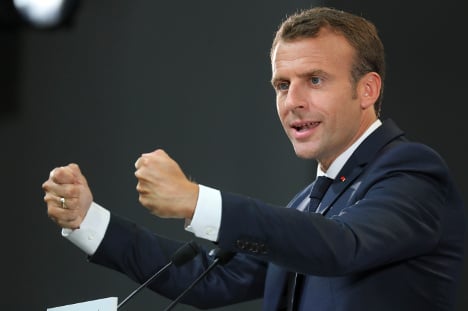