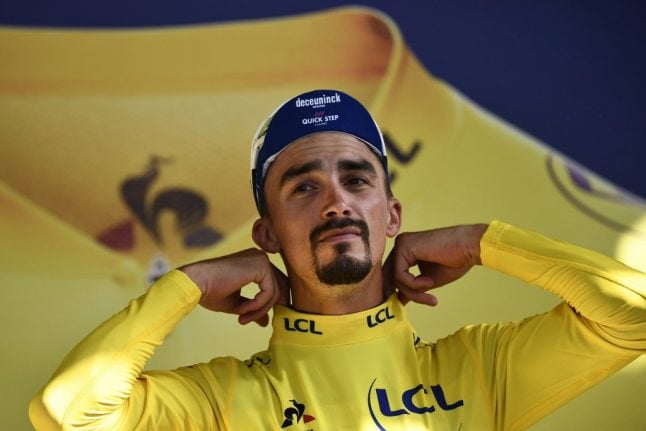 The world's most famous cycle race finishes on the Champs-Elysées this Sunday and hopes in France are pinned on Julian Alaphilippe.

It’s been a whopping 34 years since a Frenchman has donned the winner's jersey and despite slipping slightly in the bookies' rankings on Friday, Alaphilippe heads into the closing weekend with high hopes. Here's what you need to know about him

Born in Saint-Amand-Montrond in the centre of France, Julian Alaphilippe is 27 years old and 5 ft 8 in tall. He is endearingly nicknamed ‘Juju’ and is the brother of Bryan Alaphilippe, also a racing cyclist.

2. He's got a warrior mentality

A former soldier, the cyclist’s career started with the Armée de terre cycling team, a club for servicemen, after joining the army at the age of 19.

3. He's sometimes too active for his own good

“A super-active lad.” That’s what Alaphilippe’s cousin and trainer Franck Alaphilippe labels him, revealing that he frequently has to reduce the athlete’s programme without telling him in the knowledge he’d always want to push himself further.

4. He apparently has no fear

Also labelled a “daredevil”. The 27-year-old is known as a fearless downhill-specialist, sending fans’ hearts racing as he flew down the Tour de France’s Champagne region hills earlier in the competition.

5. He's handy on the bongos

The multi-talented rider is also a skilled drummer, which he learned from his professional drum-playing father, although he said in an interview last year: “I wish I could play more but at the same time it has been really satisfying to be so focused on cycling and to be getting the results. It has just been a lot of fun.”