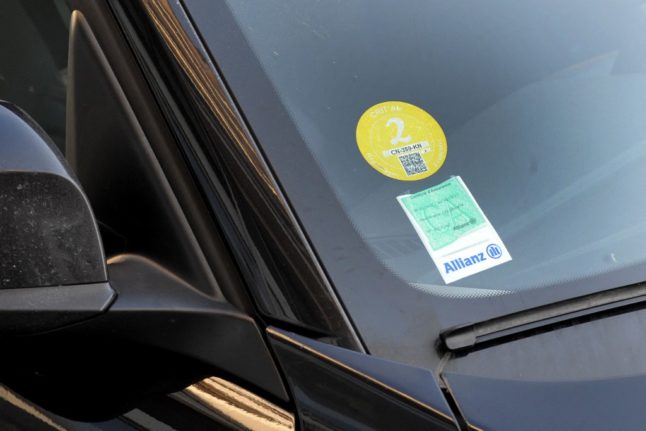 A Crit'Air sticker must be displayed in the vehicle windscreen in low-emission zones of France. Photo by JEAN-PIERRE CLATOT / AFP

The Crit’Air system was introduced in 2017 and assigns a number to each vehicle based on how much they pollute from 0 (electric vehicles) to 5 (older diesel vehicles).

All vehicles that are being driven in the towns and cities where the scheme applies need a Crit’Air sticker – not just French registered ones. 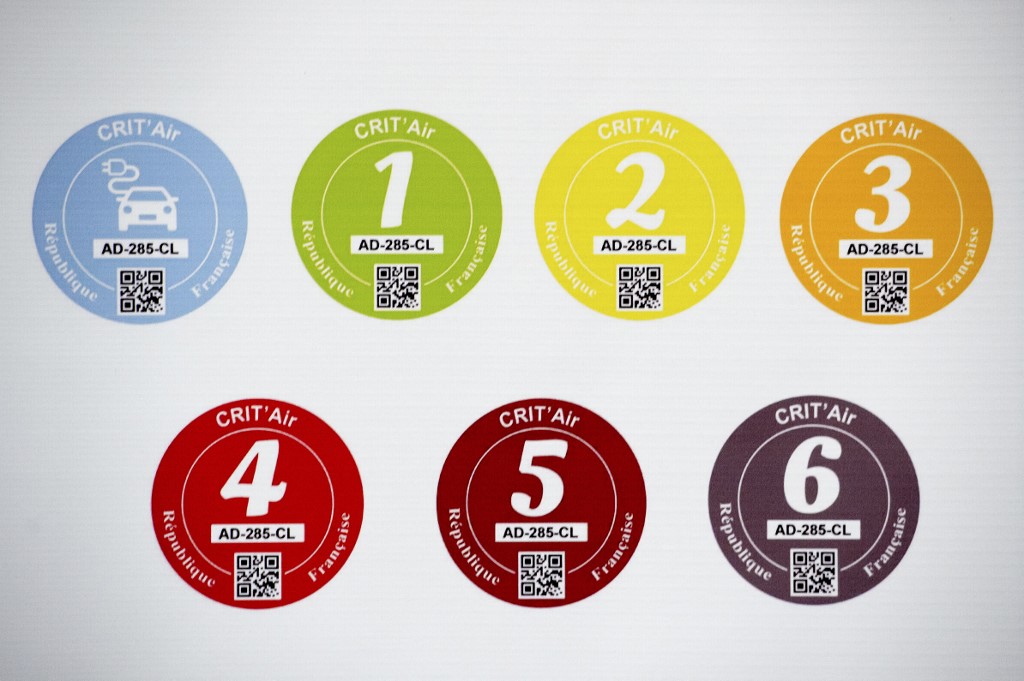 Crit’Air stickers 0-5 – these must be displayed in the windscreen if you are driving in a low-emission zone. Photo by PHILIPPE HUGUEN / AFP)

So do I need a sticker?

It depends on where you are going. The cities where Crit’Air stickers are now obligatory are Paris, Grenoble, Lille, Bordeaux, Rennes, Strasbourg, Toulouse, and Marseille so you will definitely need one if you are going there.

However an increasing number of places are taking the opportunity to enforce circulation differenciée – which means they can impose restrictions in case of high pollution levels – most commonly in the summer.

The map below shows these areas, but the full list is;

There are also plans to expand the zones to cover 43 areas by 2025, although a full list of the planned extension zones is not currently available.

So what does the sticker actually mean?

At present local authorities can impose their own rules – some places have banned Crit’Air 4 and 5 vehicles from city centres altogether, some allow them in only at weekends or in the evening, while some impose restrictions only if pollution levels spike.

If restrictions are in place you will see signs like this explaining which sticker numbers are banned; 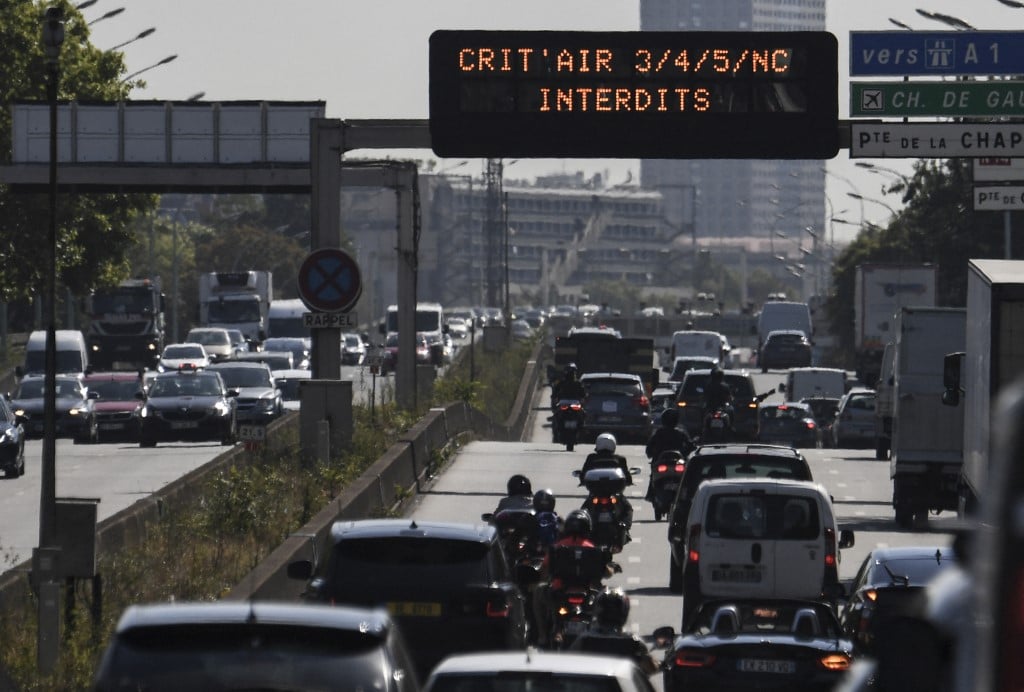 A sign on the Paris on the Peripherique ring road explains that vehicles bearing Crit’Air stickers of rank 3, 4, 5 and unclassified vehicles are banned. Photo by ALAIN JOCARD / AFP 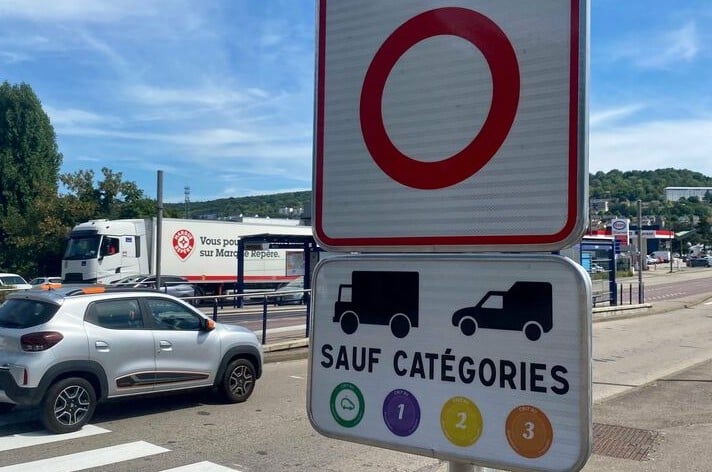 The sign says that cars and lorries are banned – except for those that have Crit’Air stickers 0, 1, 2 or 3. In other words, level 4 and 5 are banned.

The government has brought in a target to make the restrictions more uniform;

How do the stickers work?

You need to order the sticker in advance of your trip and display it in the windscreen whenever you are driving in a low-emissions zone.

The sticker has your registration number on it, so you cannot swap them between vehicles and if you get a new car you will have to get a new sticker.

The sticker corresponds with how polluting your vehicle is. Electric and hybrid cars get a special green sticker with a zero, petrol or diesel vehicles get a number from 1 to 5. The level is automatically assigned based on the age of your car and the registration details you give, which allows the system to assign you a number based on the manufacturer’s specifications. How do I get one?

Surprisingly for a French bureaucratic task, the process is pretty simple.

Once the form is completed the sticker will be sent to you in the post. It usually takes a week but at peak times it can be longer. The total price, including postage, is €3.70 if you’re in France or €4.51 if not.

Once you have the sticker you keep it for as long as you keep the car.

What are the penalties?

You can be fined both for driving in a low-emission zone without the sticker and for entering a zone where your vehicle is forbidden.

At present the fine is €68 and is rather patchily enforced since it depends on local police making traffic stops.

However there are plans to bring in a more technological enforcement with cameras (full details are still to be revealed) by 2024 and to make Crit’Air violations a class 4 traffic offence, which has a maximum penalty of a €750 fine.

STRIKES
France’s pension strikes: What to expect on January 31st

Other cities including Nice, Lyon and Nantes will likely see a repeat of severely disrupted bus, tram and Metro services.