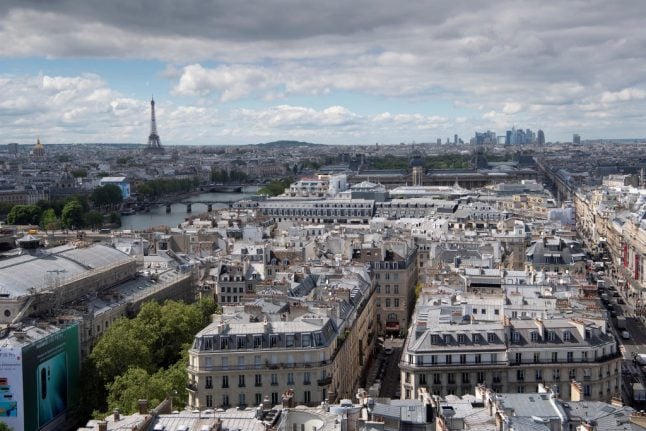 As climate change makes extremes such as the record-breaking temperature peaks roasting northern Europe this week more likely, the City of Light is locked in a battle to future-proof itself against heatwaves to come while preserving its heritage.

It may even be Paris' unique architectural integrity that makes adapting to warmer climates such a challenge: 80 percent of its buildings were built before 1945.

Some brick-facaded “hotels” – old boarding houses still standing in the historic Marais quarter – date to the 17th Century, and its unmistakeable  Hausmmannian style harks back to the eponymous urban planner in the 19th. This means many of Paris' most authentic buildings weren't built to any discernable heat efficiency standard.

The mayor's office has a plan for Paris to be carbon neutral by 2050, and its old buildings make that especially challenging.

Old residential buildings account for as much as 15 percent of the capital's greenhouse gas emissions, according to housing group Apur.

Net-zero by mid-century would need 40,000 residences to be retrofitted and to reduce emissions — every single year until 2050, according to the Paris Climate Agency (APC).

But they also need to be rendered habitable as temperatures exceeding 40C become less and less of an aberration in the years to come.

Old buildings do have some advantages, said Fabien Gantois, from the Order of Architects of Ile-de-France.

“They adjoin each other and have reduced exchanges with external hot air,” he told AFP. “And the stone facades have the capacity to keep things cooler.”

Many also have courtyards that helps air to circulate. But Parisian buildings contribute to residents' misery in other ways.

Their roofs “are not isolated, not ventilated, normally made of zinc or slate, which are dark materials,” said Gantois.

The courtyards also provide another opportunity for cooling while windows let in a huge amount of heat although it is relatively cheap and easy to fit  them with heat-reflecting material.

Being France, all this work needs paperwork to get done. In Paris specifically architects charged with conserving historic buildings often have their say over upgrades.

“There's no doctrinaire opposition,” insisted Fabrice Fouriaux, from the APC, stressing that the green light depends “on the quality of the projects”.

Nor is it easy to convince owners that the long term benefits of climate-proofing their homes is worth the initial outlay, which can be significant.

The APC has launched a dedicated website for owners and landlords looking to upgrade.

“What do they have to gain? Energy savings and an improved living environment,” said Fouriaux.

But even the purest of architectural traditionalists recognise that something needs doing about the roofs.