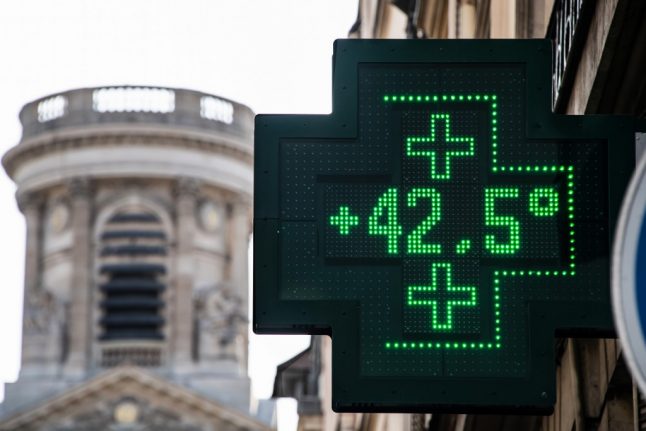 It's been a week of record-breaking temperatures, with Paris and numerous other northern towns and cities recording their highest temperatures ever on Thursday.

But now the weather is set to break with storms predicted across the country for Friday and Saturday – and forecasters even issuing storm warnings in the east of the country which is expected to be particularly badly hit. French weather forecaster Météo France is predicting storms across the north and east of the country on Friday, with only south-east France set to remain sunny.

Seven départements are currently on orange alert for storms, while another 21 remain on orange alert for high temperatures. People living in the Auvergne-Rhone-Alpes region have been warned that they could even be seeing some hailstorms on Saturday morning.

Moving into Saturday, the storms are largely travelling east before dispersing on Sunday to leave a pleasant combination of sunshine and cloud for most of the country.

The heatwave saw records for the all-time highest temperatures tumbling across northern France.

Despite this, the all-time record for the hottest temperature ever recorded in France – set last month in the southern département of Hérault – stayed intact at 46C.