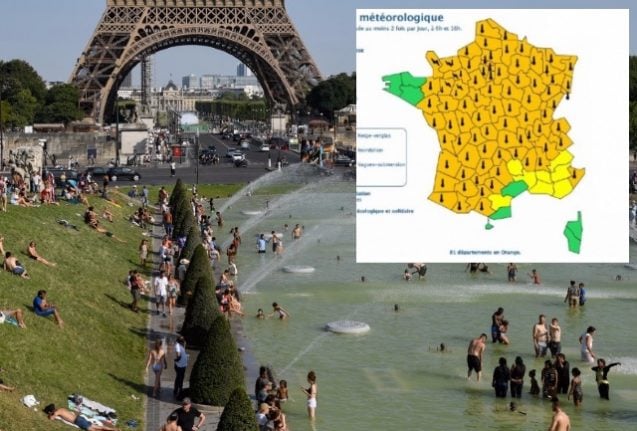 According to French newspaper Le Parisien, this is the first time that 81 départements have all been on a weather alert at the same time.

READ ALSO Is it ever legally too hot to work in France?

One département – la Manche – was on alert for storms while neighbouring Mayenne, Orne, Calvados and Sarthe in the north of the country had a double warning for both high temperatures and storms. The rest of the warnings were for high temperatures as the heatwave continues.

Only the western tip of Brittany and a handful of areas in the south and east were excluded from the heatwave warnings as temperatures are expected to top June's record of 46C.

The southwestern French city of Bordeaux saw its highest ever temperature since records began of 41.2C on Tuesday, Meteo-France said.

The new record surpassed a previous all time high of 40.7C registered in August 2003.

Weather forecasters say they are expecting dozens of towns to top their all-time temperature records on Wednesday or Thursday.

In Paris the high temperatures have seen a spike in air pollution, leading city authorities to ban the majority of cars from the road. It is likely that the ban will continue until the end of the week.

The French government has also issued advice on how people can stay cool and avoid suffering from health problems during the heatwave.

But anyone suffering can at least take comfort from the fact that this is not expected to go on for long, and the weather is forecast to break at the weekend.

As the Tour de France reached its final week in the southeast of the country, ice foot baths and extra water points were on hand to avoid dehydration.

“In the third week of the Tour de France, I think heat like this could make the difference,” said Davide Bramati, head of sport for team Deceuninck, whose cyclist Julian Alaphilippe is currently leading the world-famous race.

French energy company EDF said it would temporarily shut down the two reactors at its Golftech nuclear power plant this week in the southern Tarn-et-Garonne department, in a bid to limit the heating of water used to keep reactors cool.

Reactor number 2 will shut down on Tuesday evening and number 1 on Wednesday, with both due to stay shut until July 30.

France is gearing up for a surge in electricity use this week, but the national electricity board said Monday that there will be enough supplies.

The government outlawed animal transportation “for economic reasons” between 1:00 pm and 6:00 pm in areas affected by heat alerts.

In Bordeaux, a host of charities accused the local prefecture of “putting more than 300 people out on the street” after evicting migrants from squats in May and July.

The heatwave has also caused water shortages in dozens of regions across France, with a drought raising concerns for farmers producing crops from potatoes to grapes.

In the Vosges mountains of eastern France, farmers have been forced to let their cattle graze pastures on what are ski slopes in winter in order to feed them. 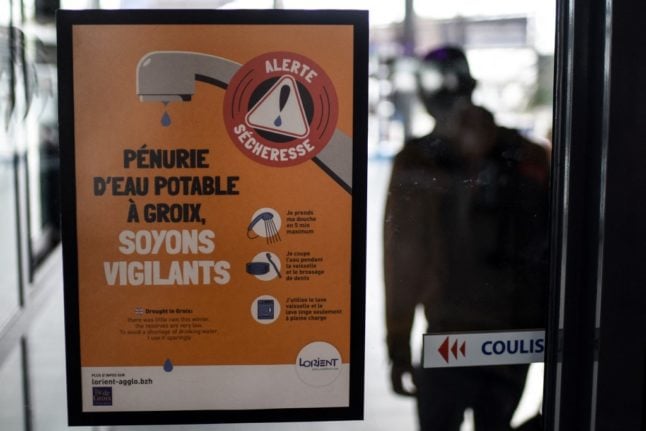 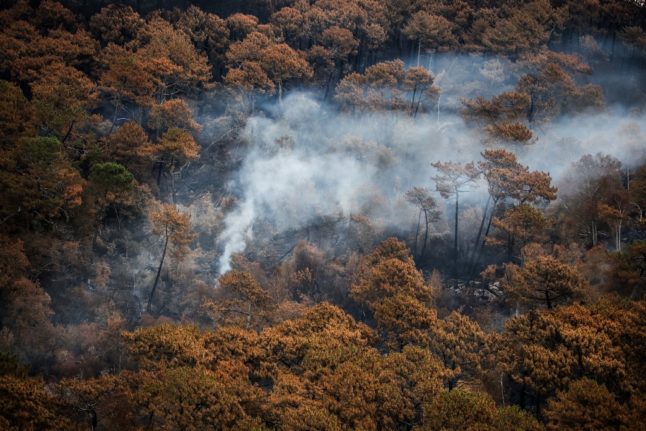