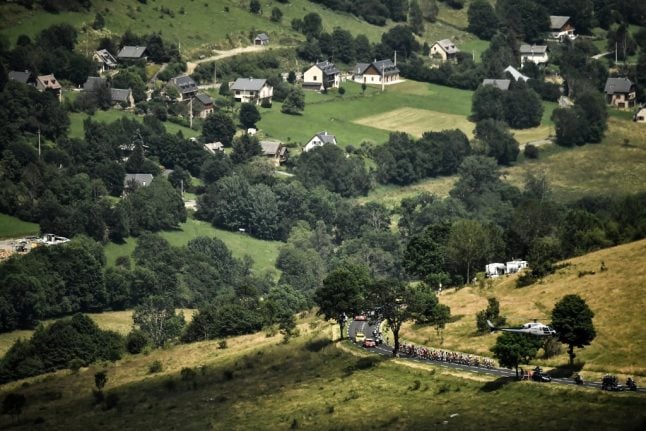 The data comparison from Eurostat named France as one of the more expensive places in the EU, with most categories being above the EU average.

The country also compared badly to the UK on several factors, although currency fluctuations between the pound and the euro must be taken into account when comparing prices.

We quizzed our British readers on what items are cheaper in France and what is best to carry across the Channel. Paris is the world's joint most expensive city to live in, according to The Economist. Photo: AFP

Cars were almost a unanimous answer as they are significantly cheaper in the UK, and many readers including Steve Kitchen in Vendee and Hazel Higginbottom in Aquitaine prefer to bring over their right-hand drive.

This follows previous research conducted by The Local, with many readers replying “the UK” when asked what region in France is best for car buying last year.

However, if you are planning on bringing a vehicle across the border don't forget that after six months you will need to register it in France – a process that can be complicated and expensive.

Another common response was DIY equipment and building materials – particularly important to the many British people in France doing house renovations.

Gerry Buckland who currently lives in La Vienne lists “electrical goods, from fridges to televisions to lawnmowers”, whilst Paul Roberts in Saint-Jean-Pla-de-Corts points to “DIY and some building materials, white goods and electronics (but be aware of voltage tolerances and sensitivity)” as must-buys whilst in the UK.

Elsewhere, cheaper shoes and clothing in the UK were touched upon by many including Miranda Kingwell Smith in Le Var and Hazel Brownlie-Kind in Charente.

And sometimes it's the little things you miss – Victor Peel from Provence is longing for a bottle or two of Pimms to be sent his way from the homeland. Not all prices are a negative shock, however. When asked about items that are cheaper in France, nearly all our readers were quick to point out the price of wine. Unsurprisingly too, as thousands of Brits flock to France’s wine regions every year to take home a couple of bottles of France’s most coveted good.

France’s pride in quality stretches further than wine too.

Gordon Toumaniantz in Charente says: “All the villages within a 40km radius of me have small restaurants where I can get a superb lunch for €13-14 with ‘buffet à volonte’, main course, cheese, dessert, coffee and red wine included. And the quality is way above any café I would find in the UK.”

Linda Fisher from the same area also points to the higher quality for price in foods and Victor Peel nods to France’s lunch menu traditions too.

While France does, of course, have its expensive dining options – dinner at Mirazur in the south west of France will set you back a cool €260 not including wine – there are also good deals to be had, particularly on set menus.

Most brasseries or bistros will offer a lunchtime and evening set menu, with a choice of two or three dishes and prices at around €15 for three courses, although of course prices vary throughout the country.

Jacky Hammond in Occitane advises: “If you live like the locals, buy food at the markets, do eat at fast food places, drink and eat local seasonal goods, it is cheaper”. And of course, the reason that many British people are in France in the first place -either as permanent residents or second homeowners – is the relatively affordable properties.

Almost all readers named house prices it as one of the country’s big benefits.

Nigel Day in Charente comment: “The price of houses, whether renting or buying (except in big cities and the Mediterranean strip) is still a bargain, although nothing like it was 15 years ago.”

Mr Buckland also mentions cheaper “annual housing taxes” and it was the price of property that attracted Mr Roberts to France too.