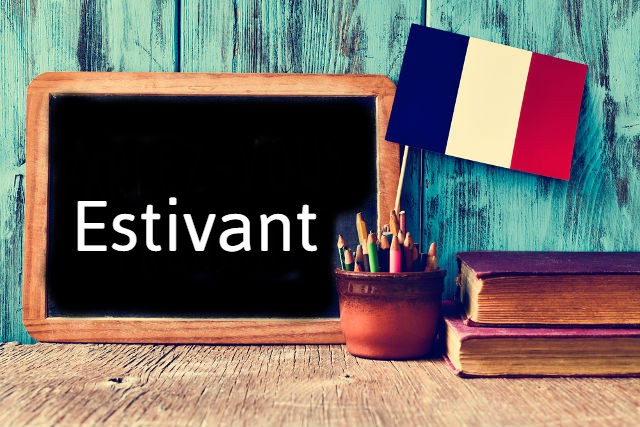 It seems like half of France is doing this at the moment, but if you're joining the lucky hoards heading off on holiday, here is a word you will need.

Why do I need to know estivant/estivante?

As we head into peak holiday season, this word could well apply to you if you're jetting off abroad, or just downing tools and heading off to the country for a while.

Applying specifically for those getting away in summer, coming from the adjective 'estival' or 'summery', you are an 'estivant' (for men) or an 'estivante' (for woman) if you're heading on holiday this season.

The opposite of an hivernant/hivernante, which apply to winter travellers, these are words that are appropriate in France. Named the world's most visited destination by international tourists in 2017, according to the United Nations World Tourism Organisation, France welcomed nearly 87 million 'estivants' and 'hivernants' two years ago.

The hivernant is not to be confused with the treve hivernale. Also deriving from the word hiver (winter) the treve hivernale refers to the winter period when landlords are legally forbidden from evicting their tenants, even if they are in rent arrears. The truce runs from November 1st to March 31st every year.

For French people themselves, August is the big holiday month during les grandes vacances, which applied specifically to a break over the holiday months.

During August the big cities, particularly Paris, pretty much empty out and  there's even a day named Black Saturday, normally taking place at the end of July, which is infamous for its traffic jams as the French people hit the road on holiday.

Elle habite ici ? Non, elle est une estivante. – Does she live here? No, she is a holidaymaker.

Got an appetite for more? Check out all of The Local's Words of the Day here!