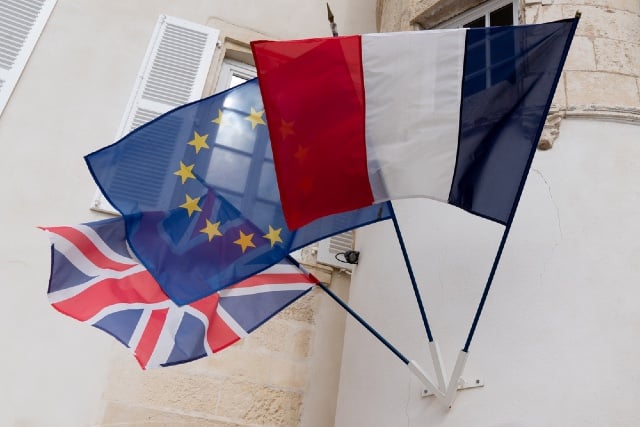 Over the past year the British embassy in Paris and citizens' rights groups have been trying to spread the word about how Britain's departure from the EU will impact them and what steps they should take to secure their futures.

But while those in France who have regular access to the internet and follow social media may now be well informed about the likely impact of Brexit on their lives, there are are concerns that thousands more who live in deepest rural France may not be aware of what's coming.

In recent months Britons have been encouraged by both British and French officials to apply for a Carte de Séjour residency permit – albeit many prefectures have halted applications until they know more about how, when or even if Britain will leave the EU.

But only a small percentage of the estimated 150,000 Britons in France have actually applied.

Kathryn Dobson, who lives in south west France and is part of the citizens' rights campaign group British in Europe, told The Local the situation is now getting critical and the British government via its embassy must act before it's too late.

“With the likelihood of no-deal being dialled up in recent weeks, getting information to British nationals in France is now urgent,” said Dobson.

“If no deal happens on October 31st, there are likely to be tens of thousands who have no idea that they only have six months to apply.

READ ALSO: Is the British government doing enough to support Brits in Europe? “The British community is diverse – from individuals completely integrated in their French community who may have been here since they were young and consider themselves more French than British, to those who live very rural lives, perhaps with no access to the internet.

“How will they all be informed? Even many of those that are easy to reach are waiting to be told 'officially' to do something. As far as we know neither the UK or French governments have agreed communication plans. Even if funding were available today, plans take time to implement and to achieve results and October 31st isn't far away.”

The British embassy in Paris has held numerous “outreach” meetings around France over the past year in order to try to get the right information across to residents. More meetings are planned over the coming months.

Embassy staff have also held live Q&A sessions on Facebook as has the French government. But the communication appears only online and via social media sites.

Kathryn Dobson, who runs Living Magazine, recently published a post on the Facebook page of the Remain in France Together (RIFT) group asking members if they had seen any posters from the British Embassy advertising their outreach meetings.

She said: “When will the governments be ready to engage with British nationals to explain the process and the deadlines? My worry is that it will all be too little, too late, and many will be left out in the cold.”
READ ALSO:

'It could do better'

In a recent appearance before a parliamentary select committee in London, Kalba Meadows from British in Europe and citizens' rights group Remain in France Together said more needed to be done.

“We are a rural population. British citizens in France are spread over a really wide area, with some living an hour or two hours from a big centre of population,” Meadows told MPs.

“That means that events that have been arranged don’t necessarily have a very large catchment area for people.

“They do not have terribly good feedback, because people say to us that they are not really addressing the issues. Therefore, people do not go.

“Another problem is that they are only advertised via social media – Facebook particularly – and you are simply not going to reach all British people living in France via social media. Of course, that leads on to a whole big question about communication and outreach. It could do better.”

Claire Casson a resident in Dordogne told The Local a recent outreach meeting in Perigueux should have been held centrally. She said many people turned up late because they were lost and the meeting had long since started.

“I sincerely hope that the machinery will be ready to roll in the terrifying event of a no deal so that the support will be there to allay unnecessary fears,” she said.

There are also problems on the French side mainly linked to the fact that prefectures in different areas are doing things differently. While some Britons report an easy process, others living in different parts of France say they are unable to get appointments.

France has admitted that the problem of processing all the residency applications from Britons over the coming months will be a challenge.

'We need to know how many Brits there are'

Sandrine Gaudin, the French Prime Minister's Europe adviser, told a special parliamentary commission on Brexit earlier this year that: “In order for us to know the number of files from British citizens that we will have to deal with, we will have to know with some certainty how many British nationals actually live in France.

French lawmakers pin-point 17 prefectures that are under more pressure than others, including seven that are struggling to meet the demands including Dordogne, Charente, Alpes-Maritimes and Haute-Vienne.

French MP Alexander Holroyd, who wrote a parliamentary report on Brexit, has raised concerns that the correct information is just not getting out to Britons around France.

“There's a real risk that many British nationals do not have the necessary information and cannot, therefore, anticipate the consequences of Brexit on their personal status,” writes Holroyd.

He has called on the procedures to be simplified.

“If not then prefectures will be overrun for years to come,” he has said.

Boris Johnson, who has repeatedly insisted Britain will leave the EU on October 31st with or with a deal, has promised to launch a massive information campaign to make sure Britain and Britons are prepared for a no-deal exit.

Needless to say it has not been well received by Britons in Europe.

So looking forward to this positive spin on becoming third country nationals. Maybe if we just believe that we can continue to work across the EU and that our families can stay together, we'll all be fine. Let's just ignore those pesky facts and laws already in place. https://t.co/Nqi02nSd71

The British Embassy in Paris told The Local it is “working on reaching more and more British nationals in France.”

A spokesperson added that their Facebook Q&A sessions have reached over 120,000 people and their 70 outreach meetings have been attended by between 10 and 400 people each time.

“The meetings are advertised via expat media, local associations, on GOV.UK, and shared on social media. When holding the meetings we also work with French regional press to amplify the information locally,” the spokesperson said.

“Our consular teams in Paris, Marseille and Bordeaux have a special focus on reaching vulnerable persons and are therefore working with numerous local associations, expat groups, and the Mayors’ Association to raise awareness and share information. We’ve sent hundreds of posters to town halls and associations, and we also ask people attending our outreach meetings to display them in their towns and villages.

“Finally, we have discussed the need for widespread and accessible communications with the French government and are expecting official government information to be publicised when Brexit happens.”

CLICK HERE to read the full response from the embassy on what it is doing and how it is reaching Brits in France.